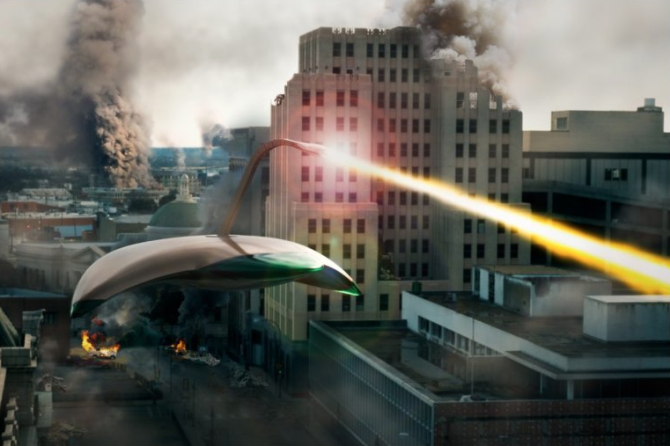 Lyn Caudle is a fan of The War of the Worlds, so much so that the photographer and visual effects supervisor decided to recreate the massive carnage in his hometown of Dallas.  Unfortunately, nothing was actually blown up or destroyed during the process.

After creating lifelike replicas of the “Martian war machines” from both the 1953 and 2005 versions of the film, Caudle set about compositing them with scene from his favorite city. 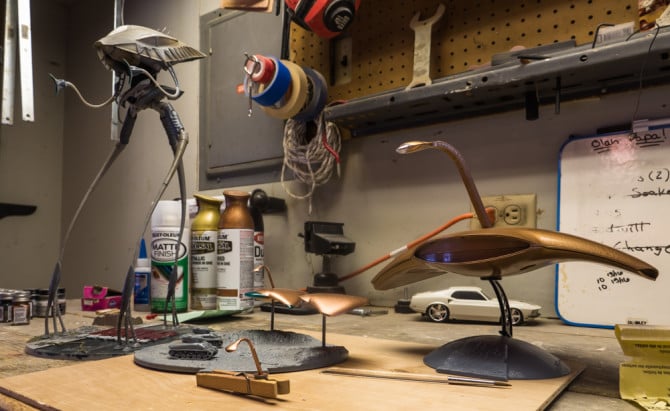 The models under construction in Caudle’s workshop.

In a post about the project, Caudle explains that he thought it imperative to photograph the models alongside the background images for the final scenes.  “That was a mandate that I was unwilling to compromise on. That way the light is correct, that’s the single most important thing for work like this.”

To do this, he shot the scenes in two layers:  one for the background and one of the model as it would appear in the final rendering.  From there, he removed the supports from the models in Photoshop (masking to show the background layer beneath) and added the special effects.

The resulting composites are lifelike, believable representations of what it may actually be like to be attacked by an otherworldly force.

To see more of Caudle’s work, visit his website, or contact him to order prints of the images. 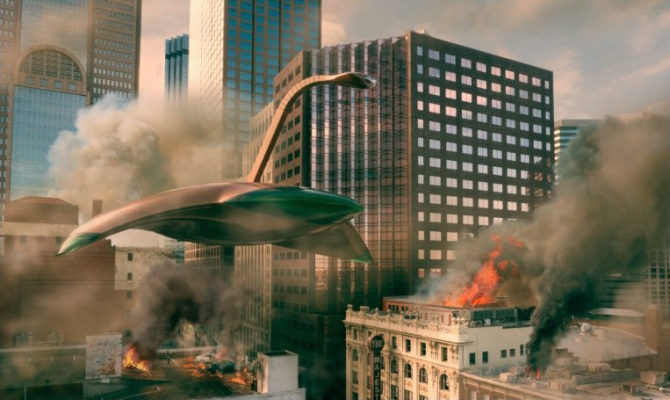 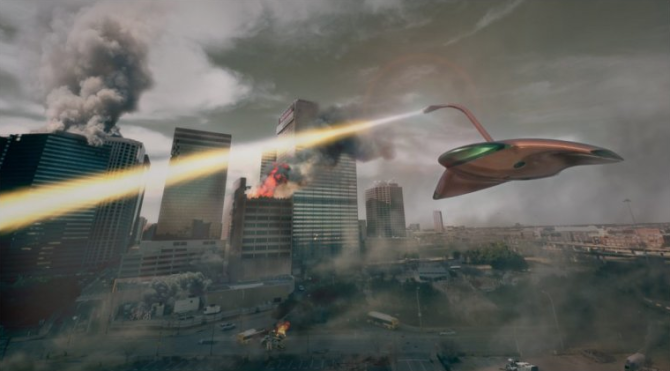 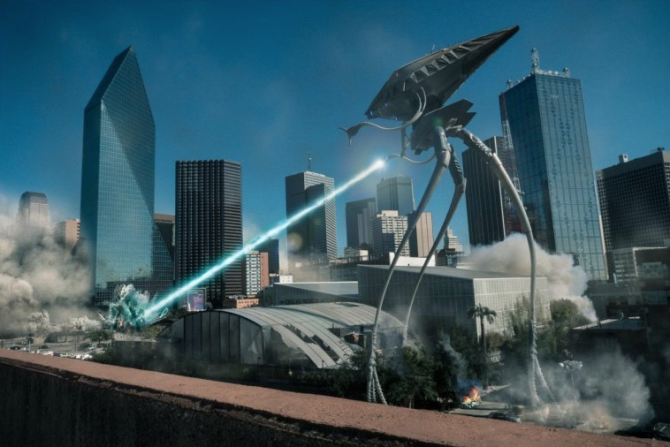 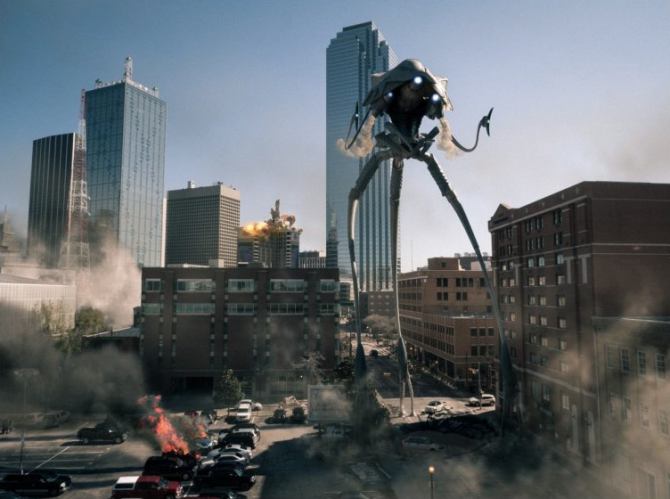 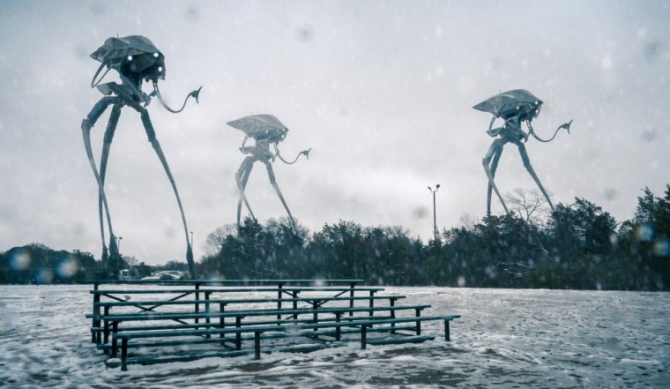 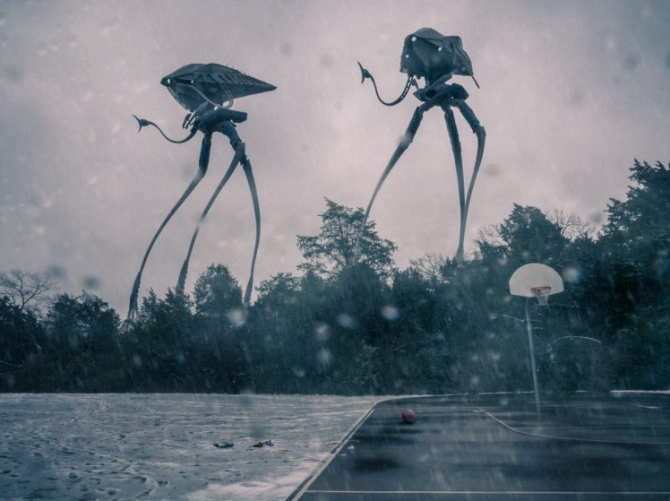 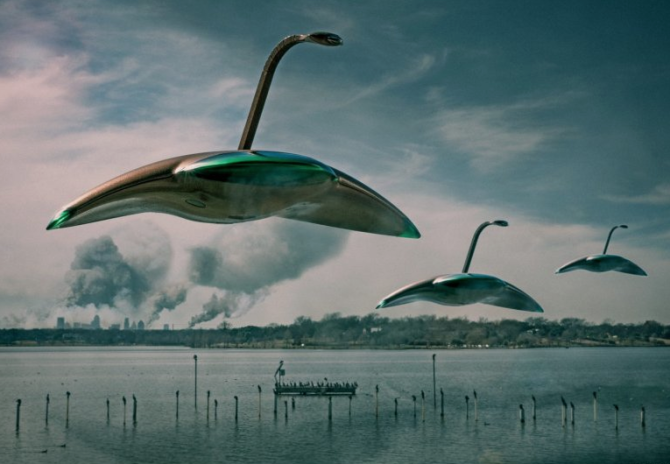 [War of the Worlds by Lyn Caudle]