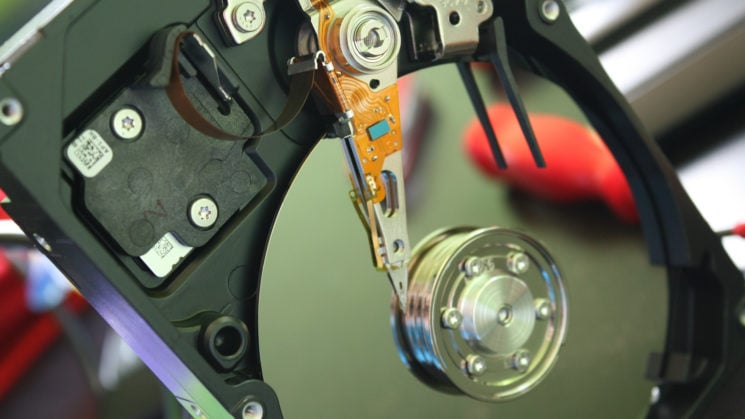 Hard drives are something that all of us have. Some of us just have the one our computer came with, while others will have a whole mountain of them. I’m in the latter camp, although I do try to keep things to a minimum. Every few years I replace all my storage drives as faster, cheaper, larger capacity drives are released.

So, every few years I’m in the market for new drives. So, I look at large consumers of hard drives. Consumers like Backblaze, who just released their Q3 2018 report, showing their hard drive failure rates and they’re quite surprising. At least, they surprised me. It seems that those huge 8TB, 10TB and 12TB drives are actually far more reliable than smaller drives.

Blackblaze says that as of September 30th, 2018 they had 99,636 spinning hard drives. Of those, 1,866 were boot drives and the remaining 97,770 were data drives. Their review looks at the quarterly and lifetime statistics of the data drives in operation in their data centres. 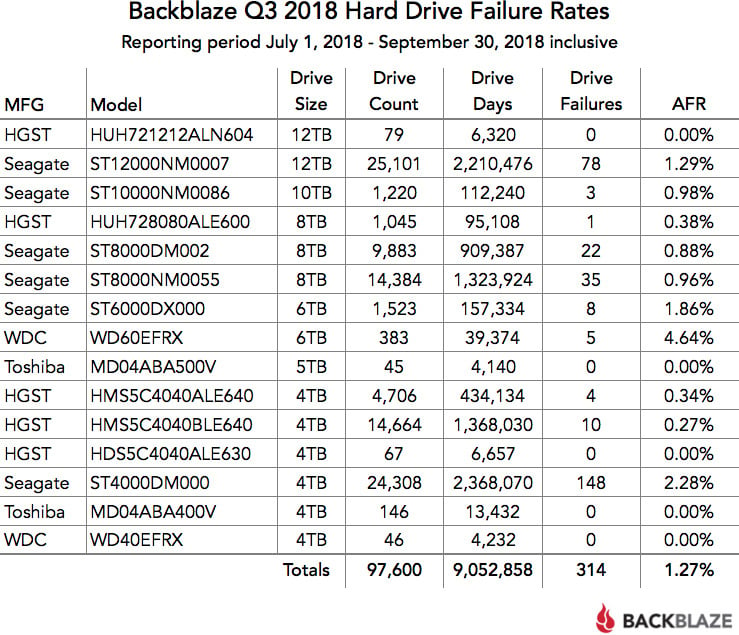 For the purposes of the test, Backblaze didn’t count drives that had been used simply for testing and those models for which they didn’t own at least 45 samples. That leaves 97,600 drives.

You’ll often hear people say that larger drives (and larger memory cards) are more prone to failure than smaller ones. Of course, this is nonsense. I’ve never really considered that the capacity of a storage device had anything to do with its failure rate. Simply the tech and build quality. And, obviously as larger drives are generally newer tech, they’re going to be more reliable – at least, that’s my theory.

It just makes sense to me to replace all my drives with larger ones. My storage needs are always growing, and fewer larger drives are less expensive to run than many smaller ones. “Don’t put all your eggs in one huge basket!” people say, but just buy several, backup and don’t sweat it is what I say.

That seems to be the approach Backblaze has taken, too. They replaced their 3TB, 4TB and a handful of 6TB drives with 3,600 new 1121TB drives. They ended up with 584 fewer drives but with over 40 petabytes more storage space. 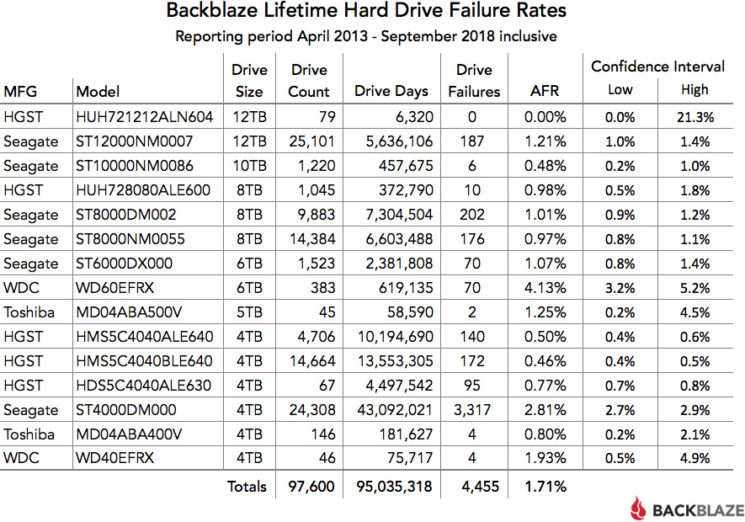 The lifetime failure rates of the 8TB, 10TB and 12TB models show an extremely good reliability. And the overall annualised failure rate of 1.71% is the lowest Backblaze says they’ve ever achieved.

Even more interesting, though, is how well Seagate seems to be doing with these larger capacity drives. Especially considering the rather high 4TB drive failure rates from Q3 last year. It looks like they might have finally gotten their act together. It looks like Backblaze has almost entirely eliminated Western Digital from their lineup now.

So, if you’re looking for large capacity backup drives in the near future, Seagate may be the way to go.

Check out Backblaze’s complete Q3 2018 report on their website.