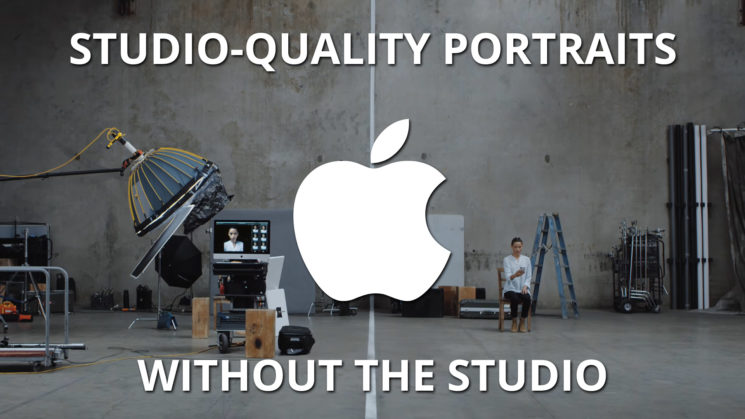 Back in March, Apple started showing an advertisement on UK TV for the iPhone X. It claimed “radically new cameras with Portrait Lighting. Studio-quality portraits. Without the studio”. Not everybody was impressed by this claim, and two filed a complaint with the UK’s Advertising Standards Authority.

They alleged that the claim “Studio-quality portraits” was misleading and could not be substantiated. Well, it seems it’s not all doom and gloom for Apple right now. After an investigation, the ASA have examined the complaints and ruled that yes, Apple can make that claim.

Apple’s counterargument stated that there was no industry standard definition of “Studio-quality” portraits. They said that there were wide variances between techniques, equipment, lighting and talent. Thus the term itself was a subjective one. So, basically, their argument was that “studio-quality” means nothing at all.

As to the Portrait Lighting feature, Apple says that it was “the result of studying light and depth and provided users those tools to easily create studio lighting effects in the camera”. They also justified the choice for the 50mm equivalent focal length lens.

Apple stated that the 50 mm focal lens in the iPhone X was one of the most popular professional studio portrait lenses and the lighting options available on the phone mimicked what could be done in a studio.

Clearcast says that they met with Apple at the time the iPhone X was released for a demonstration of the product. They found that the images in the ad were a reflection of the camera’s capabilities. They also agreed with Apple that “Studio-quality” was not an official, measurable term and that the quality of the photography, to some extent, depended on the skill of the photographer.

The ASA did not uphold the complaints.

You can read more about the ASA’s investigation and ruling here.