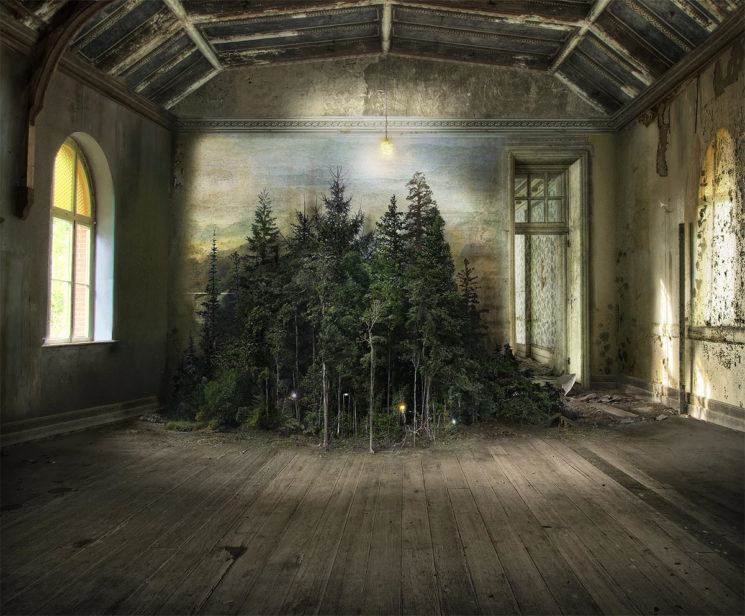 What do you get when you combine matte painting, cutout fragments of old photos and magazine pictures, photography and digital manipulation? British artist Suzanne Moxhay brings these techniques together to create complex, surrealistic, and captivating artwork.

Suzanne derives her artwork from the early filmmaking technique matte painting. This technique used backdrops painted on sheets of glass, which were later integrated by the camera with the live-action on set. Suzanne does something similar to create her composites.

She uses cutouts from all kinds of source materials. They are often mid-20th century books and magazines, but also contemporary photos she collects, and her own photos and paintings. She takes pieces from these materials and arranges them on a sheet of glass. This way she forms a scene she later photographs, and adds some amount of digital manipulation to it.

This technique requires a lot of effort and time. Suzanne says she produces 6-7 works per year. So, you can conclude how time consuming it is to complete one of these images.

Suzanne points out that allows herself to work intuitively with the materials. She plays with anomalies of texture, surface, depth, space, scale, movement and architecture. Creating one composite inspires her for creating the next one, so they are in a way connected, emerging from one another. The final goal is to make the viewer question the image and be involved in its construction.

My impression of her final images is that she creates spaces and elements you know shouldn’t belong together, yet somehow they do. The scenes of urban decay, luscious nature, gloomy landscapes and cityscapes, all brought together in one image and looking as it’s the way it should be. Her images are surreal, but have a reality of their own. Looking at her images, I felt like I was in a fairy-tale. And she describes her work in a similar way:

“In the finished work there is often an uneasy sense of a space that does not quite fit together – either formally or conceptually, but possesses a reality of its own. One which we are unable to pinpoint as factual or fictitious.”

Here is some of Suzanne’s work: 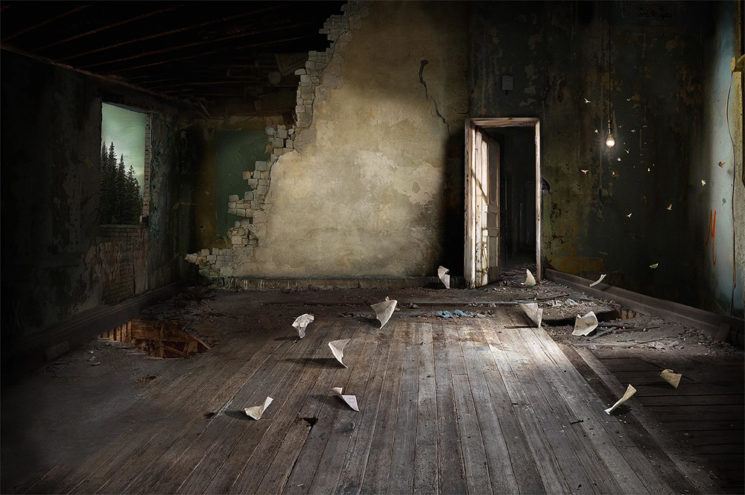 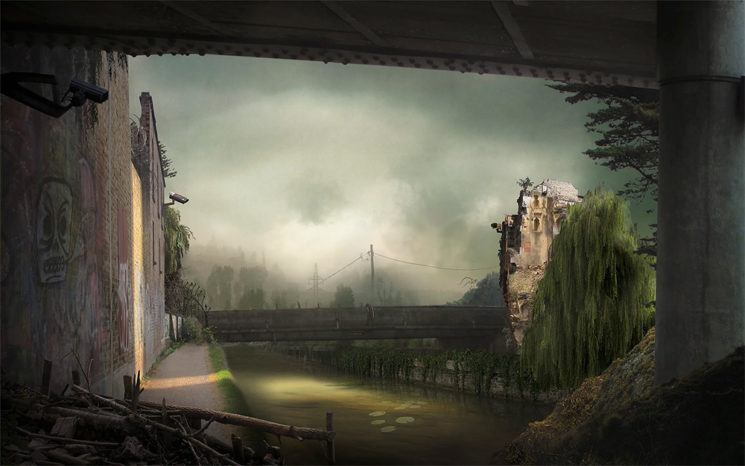 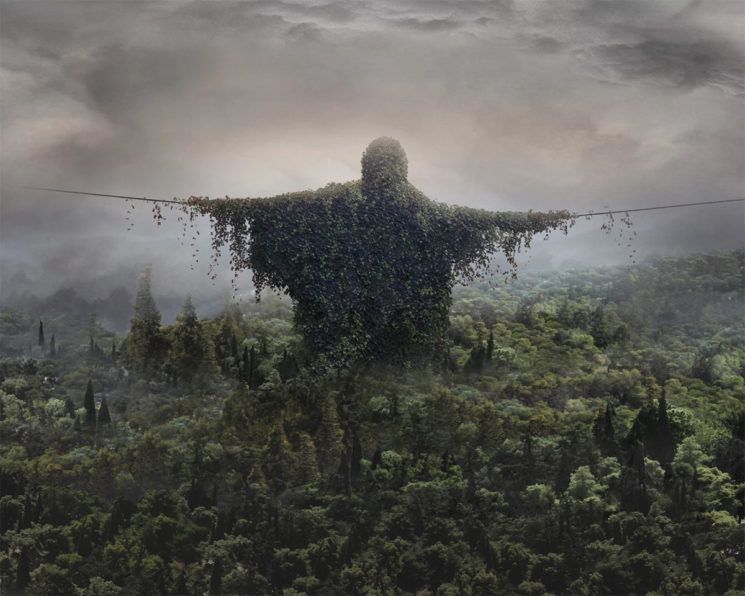 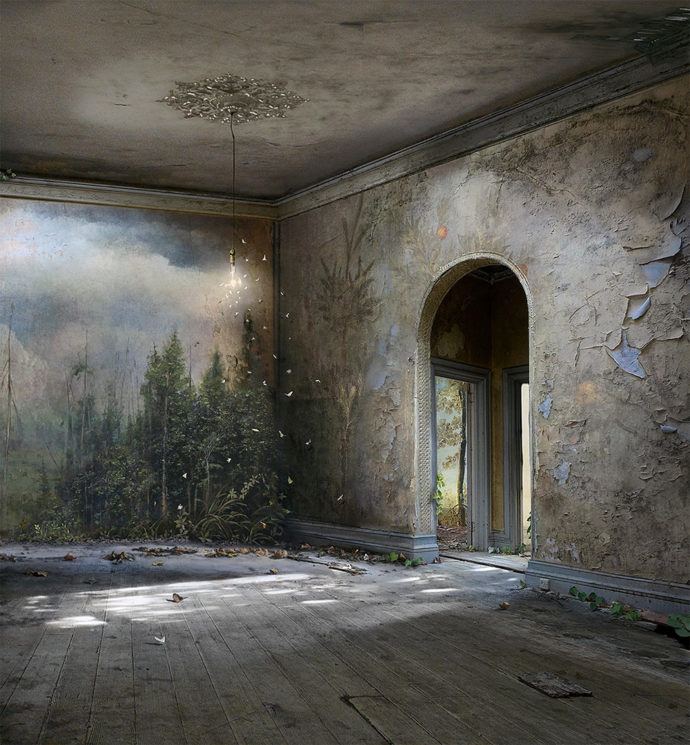 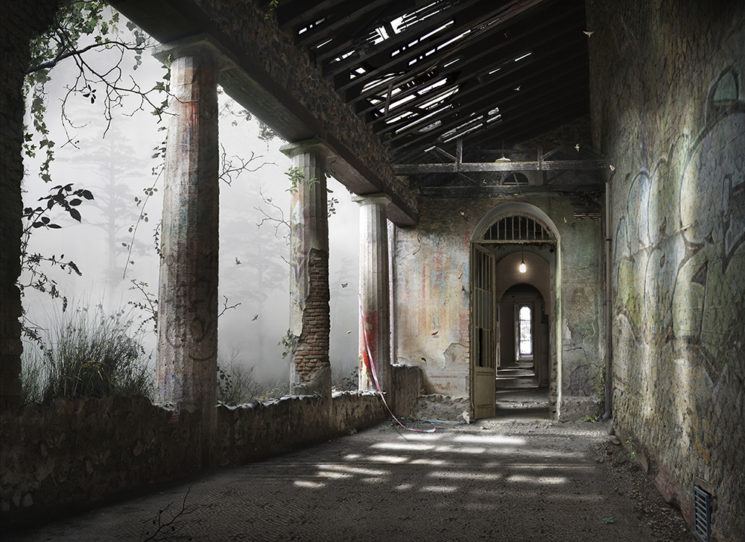 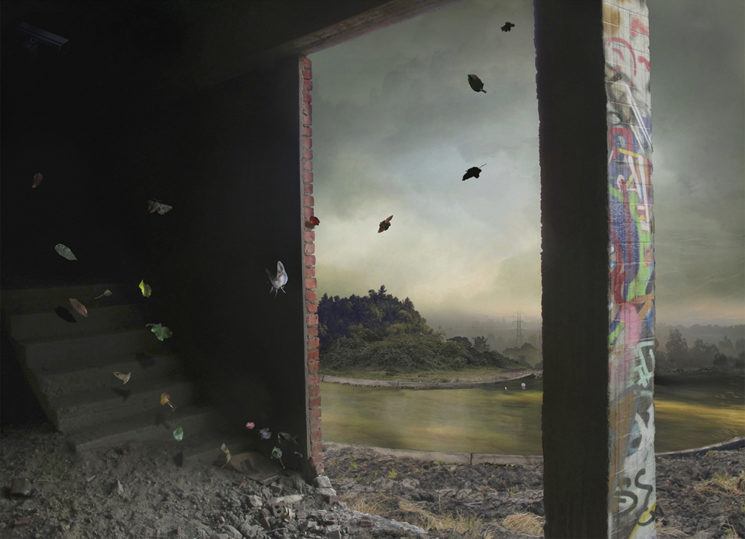 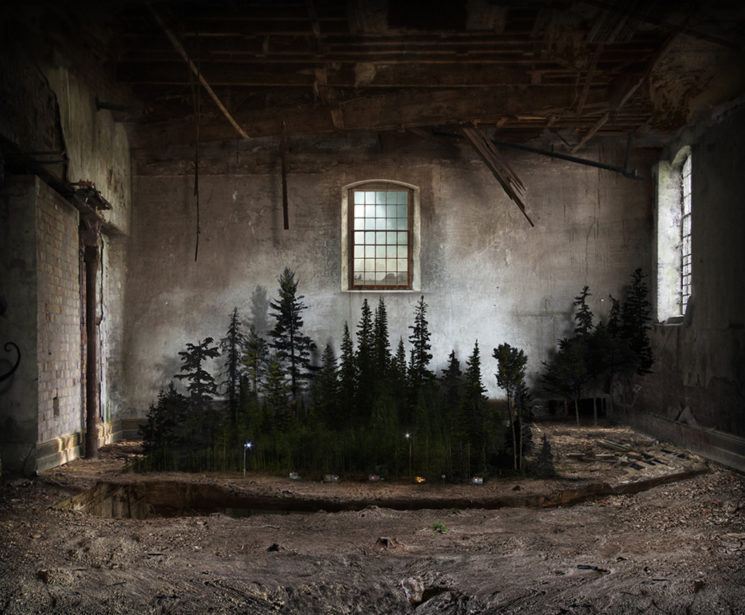 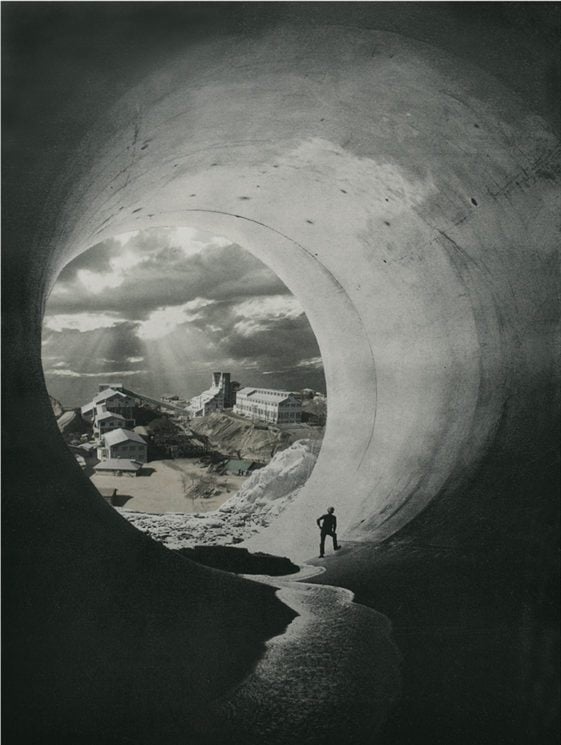 Suzanne Moxhay lives and works in London, UK. She holds a Post Graduate Diploma in Fine Art.  Her artwork was exhibited widely, both nationally and internationally. She had her works featured in many publications, including The Guardian, The FT, A-N Magazine and Art World Magazine. If you would like to learn more about Suzanne and her artwork, make sure to visit her website and follow her on Tumblr.