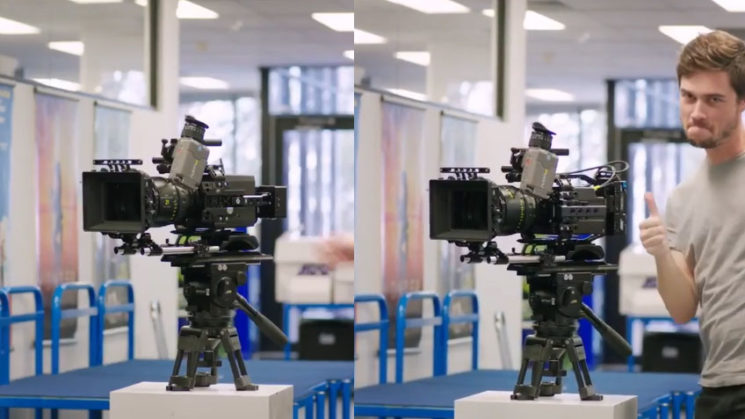 Vertical video is the bane of the 21st century. We all (well most) wish it would just go away. But with Instagram Stories, IGTV, Snapchat and a bunch of other apps that thrive on vertical video, it’s going nowhere. And now it seems that Arri is getting in on the action with an adapter plate that allows you to mount your Alexa Mini vertically on the tripod.

When a company like Arri starts taking vertical video seriously, we should probably sit up and listen. It means that vertical video is now a real, legitimate thing – whether we like it or not. And there’s a lot of people falling under that “not” banner. To the point where they’re making videos like this one.

While the Instagram post was just recently made by Arri, that video above was made in 2012. 6 years ago. Have things evolved to the point where vertical video is now becoming acceptable? As more and more people consume content on phones and tablets that can be held vertically, I suppose it’s possible.

It still seems odd to mount a camera vertically, but when you think about it, we’ve been doing this with photography for years using L-Brackets. So, it kind of makes sense that these are starting to appear now for video cameras with operators who may prefer to shoot for a vertical video platform.

And I’ve actually done it before myself for greenscreen work. If I’m filming a person in front of a background that’ll be keyed out, it makes no sense to waste half the frame. Much better to rotate the camera vertically and make the most of the sensor. But that was for a specific purpose. Not to create content to be consumed vertically.

But with Arri taking an interest in vertical video, I’m curious to see which other companies might start to take it a bit more seriously, especially with the launch of IGTV.

If you’ve ever had the urge to mount your ARRI Alexa Mini sideways, you can buy the bracket now for $240.

« More and more people have cosmetic surgery to look like their Snapchat selfies, doctors find
You can’t republish a photo even if it’s freely accessible online, EU court rules »