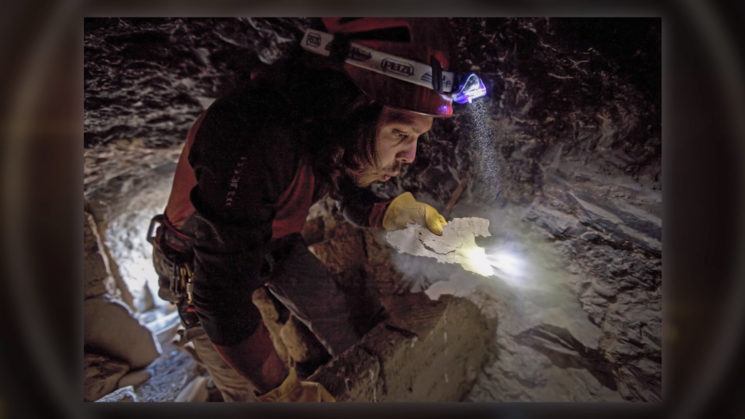 To really understand light and see the shot before it happens is a skill one can only gain through experience. Most of us can see good light when it’s staring us in the face, but predicting the future isn’t easy. It’s something we should all try to learn, though, especially if we plan to shoot any kind of documentary.

This video from The Great Courses, is an excerpt from a course which includes twelve National Geographic photographers. Featuring professional adventure & Alpine photographer, Cory Richards, this particular short video breaks down one of his photographs. He talks about the various light sources, how they all come together, and how to see it in advance and be ready for the shot.

Cory talks about how the photograph came together. What he could see in front of him, what he expected to happen, and what he hoped would happen.

He saw the light coming through the tunnel behind his subject and he knew that would outline his silhouette and provide some backlighting. He knew they were likely to find ancient manuscripts. He also knew that his subject was wearing a head torch. This would not only light up the parchment, but it would also light up some of the dust in the air. The illuminated parchment would potentially provide a subtle fill light for his subject’s face.

Now, the shot all hinges on finding those pieces of manuscript. But they were reasonably confident they’d find some, and got the shot. Sure, if they hadn’t found parchment, they wouldn’t have got the shot anyway. But they did, and it was all thanks to seeing and anticipating what might happen.

Learning to “see the light” is one of the most valuable tools a photographer can have. Having at least a reasonable idea of how light is going to interact with your subject before they get to it will let you create images that would otherwise be impossible.

Sure, you can see it as its happening, then ask your subject to do whatever it is again, but it’s just not the same. It becomes a posed or reenacted moment. With a photograph such as Cory’s, to try to recreate it after the fact would’ve lost that edge.

[via The Great Courses]

Your brain is seeing these colours wrong and here’s why

« How to trigger your studio flash from a computer using an Arduino
Calibrating your Epson v700 workflow with a $16,000 Hasselblad Flextight »