We don’t usually share time lapse movies here on DIYP, but this one seems to innovative to ignore.

Peter Chang used an array of Canon 5D Mark IIs, camBLOCK and Dynamic Perception motion control sliders to capture both indoors and outdoors timelapse scenes in 3D. (Of course, if you have more time than money, you can always build your own).

While Peter says this is not the first attempt of a 3D motion control time-lapse it is certainly a very impressive one.

“Brad Kremer and Stewart Mayer of camBLOCK flew out for three days of shooting at the end of March. It rained the entire time they were in town so we were confined to interiors, which turned out to be a bit of a blessing in disguise since those shots turned out to be some of the more impressive ones in 3D.

After the weather cleared, I shot for an additional nine days around San Francisco with assistance from Simon Christen, Noah Hawthorne, Christopher Fuzi, Robert Mooring, Josh Golz, and Paul Leeming.

Canon 5D Mark II’s were used in both parallel and beamsplitter configurations for true, native stereo capture at 5.6K resolution RAW. The camBLOCK and Dynamic Perception were used for motion control.#

Just in case you are wondering, the Typewriter Sculptor is Jeremy Mayer.

(Click the 3D button on the bottom of the video) 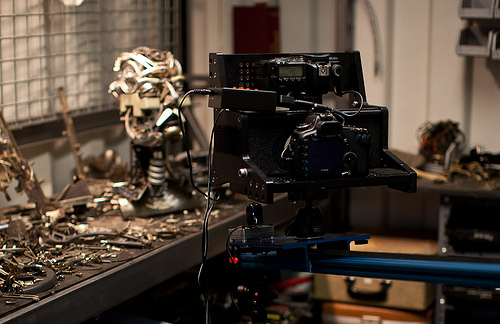 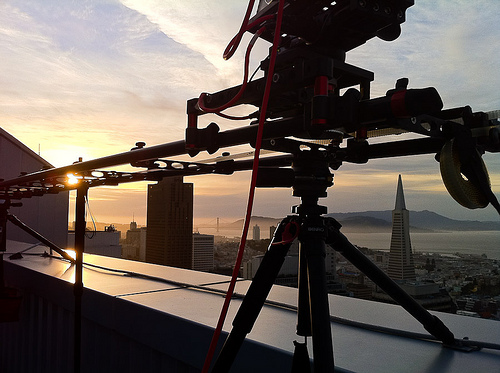 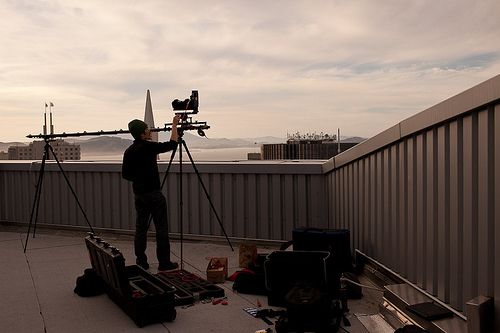 « DIY: A Telescopic PVC Boom
How To Build A Gorillapod Based Cineskates-Like Dolly »