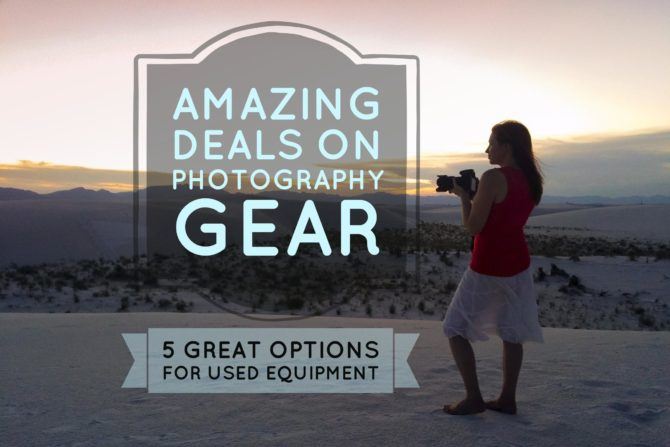 The pace of technology can be frustrating as new photography gear is quickly outdated – but you can also use this to your advantage as there are some amazing deals on photography gear available.

Personally, I prefer to buy used camera gear from a reputable camera store rather than eBay – the used departments of both B&H and Adorama are my go-to sources. You pay a little more, and it can be harder to find what you want – but you know what you’re going to get and you can return it . On eBay you can never really be sure of the condition of the item you’re buying – let alone it’s origin and history.

The Canon 5D Mk II is an amazing full frame camera that was the standard for professional photographers and film makers for a long time. There are tons of them available and now you can pick one up used from around $800 to $1200 – compared to $2600 for a brand new 5D Mk III.

Lenses are a great investment that maintain their value. For most popular lenses you can find a near mint quality used, open box or refurbished option for around 15 – 20% less than new. To me saving 15-20% for practically the same lens is a no-brainer.

Sometimes you can find even better deals – for example, I recently purchased a Nikon 14mm f/2.8 from Adorama’s used department for almost $1000 less than a new lens. The lens was rated as E- by Adorama (“Barrel shows signs of wear and/or moderate usage. Lens glass may have some dust / spots that should not affect picture quality”) but when I got it the lens was in better condition than most of my own gear.

Lenses don’t date as quickly as camera bodies so the best deals and most availability are for lenses that have been recently upgraded.

However, if you are in the market for a new tripod, light stand or light modifiers, it is worth browsing your favorite camera store’s used section to see what is available.

The art of lens filters has been mostly lost with digital photography – which means that there are piles of used lens filters available online.

Other specialty filters like color intensifiers, black and white contrast filters and star effects filters are now rarely used, but are still necessary for certain projects where it is important to capture a scene as accurately as possible in camera.

Before purchasing a new lens filter, I would definitely try to find a used version – chances are you can get it for a substantial discount.

Action cameras and drones have one of the fastest rate of obsolescence – which means that you can find great deals on used GoPro’s and used DJI Phantom drones that were state of the art just a year or two ago.

Action cameras and drones are also two categories that everyone thinks they need – but rarely actually use – so when people are selling them, they just want to get rid of them which leads to some pretty substantial deals.

Chances are you’re going to crash it or loose it anyway so why not go used!

Finally, I want to offer a few tips for buying and selling used gear.

Its easiest to buy and sell name brand gear where there is an established market. Finding used Nikon and Canon camera bodies and lenses is easy – other manufacturers are much more limited.

Beware of bargains. There are so many versions of very similar gear as well as scams out there (for example a VR version of a lens versus a no VR version of the same lens) – be careful that you know exactly what you’re purchasing. If the price is too good to be true – it probably is. 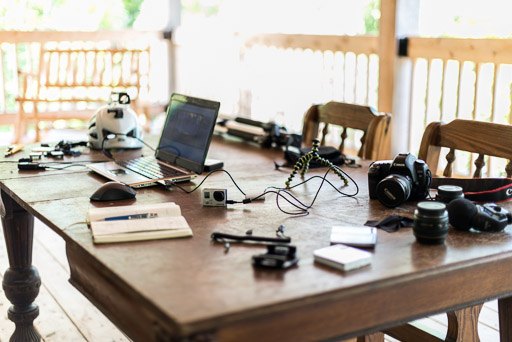 Have you found any amazing deals on used gear online?

What do you always purchase used? What would you only buy new?