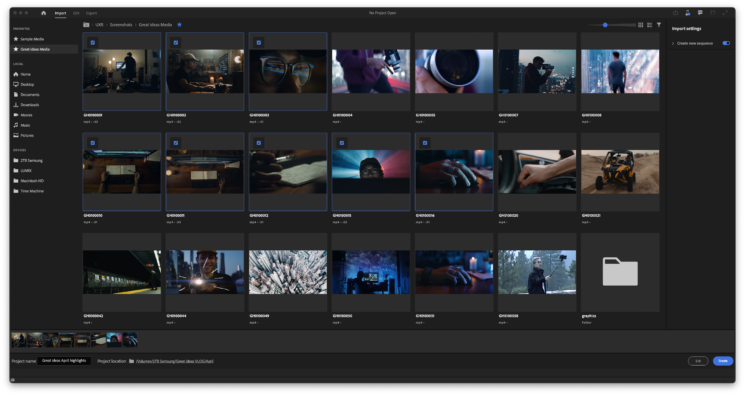 Adobe has announced a new import and exposure interface for Adobe Premiere Pro. And while I described it as a “facelift” in the title, it’s more like major reconstructive surgery. Like John Travolta & Nick Cage levels of different. It’s currently in public beta, so you can all go and have a play with it, but it comes with a whole new streamlined way of importing your media and exporting your final results.

One thing that should be made clear is that this change doesn’t take away anything you’ve already got. If you prefer to do things the old fashioned way, you can still do that. The new enhancements are simply extra options that add to your overall experience. And, I have to say, they look pretty awesome for speeding up your project workflow – at least the very beginning and end of it.

The new import workflow, which also comes along with a new header bar, Adobe says is more visual and focused on your media rather than your project settings. So, instead of creating your project and then browsing off to find all the stuff you want to add into your project, you see a UI not too dissimilar from Bridge, where you can browse through your files and see previews of your images and videos while you’re making your project. But you’re also able to select files from a whole bunch of different locations on your drive to have them all import at once when you create your project. 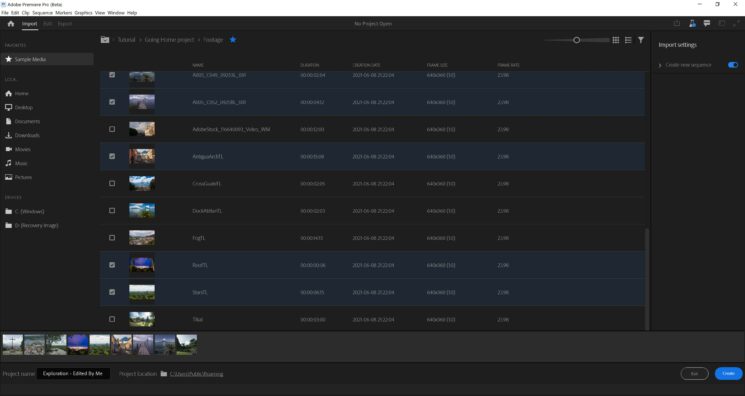 The new import workflow moves from left to right, starting with navigating to where your media is stored and you can hover-scrub over individual clips to review them quickly while browsing. Clicking on a clip adds it to the selecting tray at the bottom for import when you create the project. And like in Bridge, you can also add favourites for regularly referenced folders.

As well as a new import workflow, there’s also a new export workflow, that allows easier access to all of your different presets, and you can queue up multiple renders at once, including rendering different versions of the same sequences for different platforms or uses, without having to send them all to Adobe Media Encoder – although you can still send them to AME if you wish. As I mentioned up top, the new design doesn’t take away any existing functionality or workflows, it just gives you another option. 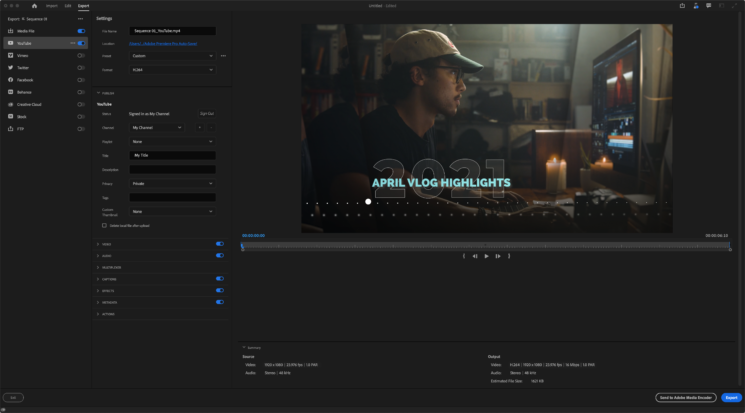 The new export workflow also allows you to automatically upload videos to platforms like YouTube, taking away a step you don’t need to do manually – which is particularly handy if you’re queueing up a bunch of stuff to render while you’re away from the computer. When you get back, it’s all done and uploaded. There are some limitations to the YouTube upload. You can’t schedule, the description area is currently just a single line, so if you know you’re going to be tweaking it after upload (which you’ll probably want to in 99% of cases), you’ll be better off uploading private and then using YouTube Studio to do the rest. But, still, it’s a beta, it’s early days, so things may change before it hits final release. 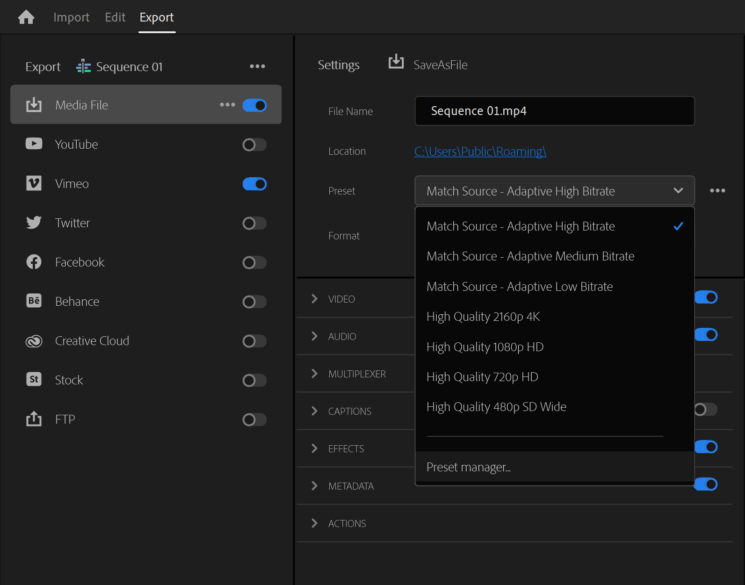 I haven’t had a chance to play with the new beta import & export interface myself yet, but having sat through the Adobe press briefing where the whole process was presented in real time, it looks like an excellent way of working to improve the user experience for preparing and exporting your projects.

If you want to find out more about it or get the beta version for yourself to try out, head on over to the Adobe website. There’s no word yet on when this will come to a final release, but Adobe says they’re very much looking for feedback on this right now. So, if you’re curious, check it out. But do remember that it’s a beta, so don’t go using it for client work!