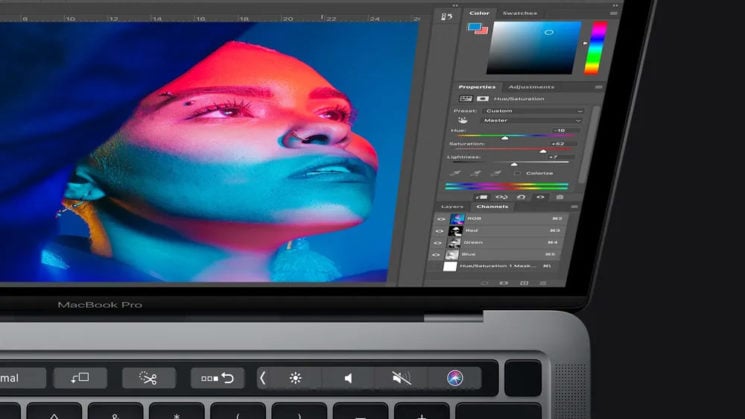 Adobe has today announced that Adobe Photoshop native to Apple computers using the new M1 chip has now been released. Adobe says that it delivers major performance gains for those using the new Apple systems, stating that a number of features are showing a 50% speed increase over previous generation systems during internal testing.

That testing covered a “broad scope” of activities including opening and saving files, running filters and intensive operations like Content-Aware Fill and Select Subject, which Adobe says feel “noticeably faster” with some operations being “substantially faster” thanks to the new Apple M1 chips.

The Photoshop M1 beta has been available to download since November, but today’s announcement supercedes that with the first final release of the software for M1 chips. According to an Adobe Blog post, Adobe is working with Apple to help further optimise the performance on M1 systems over time, which should help to boost things even further.

They do go on to say, however, that there are a few features they’ve not yet finished porting over to the new M1 chips – primarily a couple of recent new features – but because the overall performance gains were so great, Adobe decided to release it now anyway. Adobe says that they “didn’t want to hold back the release for everyone while the team wraps up work on these last few features”.

Update: See here for a list of issues and missing native features in Photoshop for the M1.

If you do need those features, however, and they’re critical to your workflow, Adobe suggests switching back to Rosetta 2 until those features make their way into the official stable build.

Adobe Photoshop for the M1 should be available to download from today in the usual way you get your Adobe apps.

Have you tried it yet? How is it performing for you?