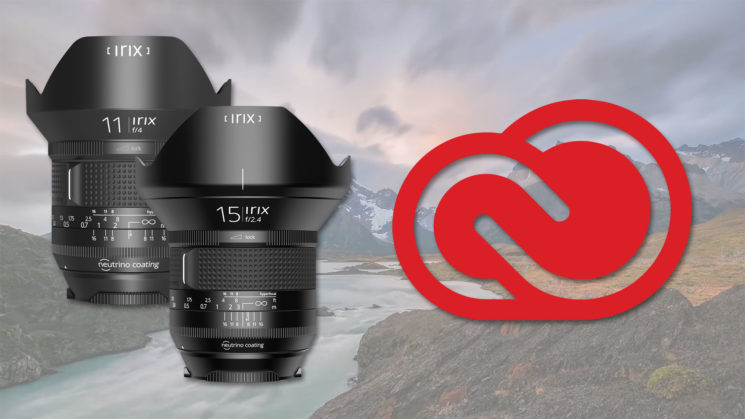 I’ve been a big fan of Irix lenses since I first had the chance to check out their then-new Irix 15mm f/2.4 in person at The Photography Show in 2016. Later in the year, they let me have a bit of a play with the Irix 11mm f/4 at Photokina later in the year. They’re both very impressive lenses.

The only potential issue with them, though, is that until recently, if you wanted lens profiles for these lenses in Adobe Camera Raw and Lightroom, you needed to download them yourself and install them manually. Now, though, Adobe have officially added lens profiles to support these lenses to CC.

The profiles cover both the Irix 15mm f/2.4 and 11mm f/4 lenses in both Blackstone and Firefly flavours. They come as part of the Adobe Camera Raw 10.4 update, which also means Lightroom, and allow automatic correction for distortion, chromatic aberration and vignetting.

While both lenses are already very sharp, show minimal vignetting and have extremely little barrel distortion, lens profiles certainly do help to add that finishing touch.

If you’re using an older version of Adobe’s software, you obviously won’t see the lens profiles show up. But don’t worry, you can still download them from the Irix website and install them yourself.