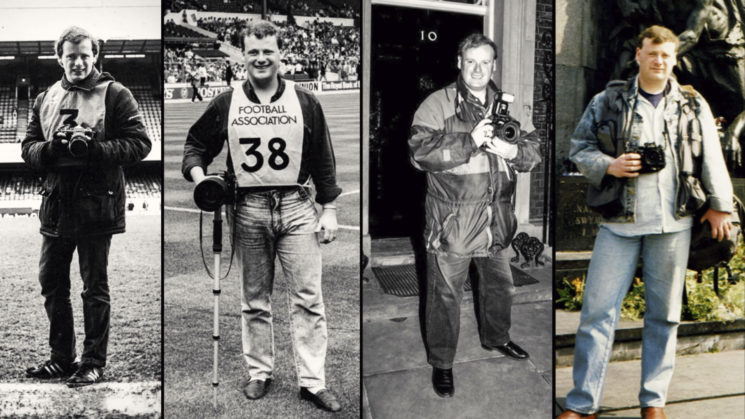 This is an amazing 15 minute mini-documentary highlights the life of internationally acclaimed sports photographer, David Katz. Specifically, it highlights the fact that he’s been legally blind since birth, being diagnosed at only three months old with ocular albinism. It’s a genetic condition characterised by a lack of pigmentation in the iris.

David managed to keep this secret from colleagues for over 30 years. In that time has photographed such famous faces as Queen Elizabeth, Princess Diana, Amy Winehouse, Michael Jackson and Elton John. And he says it’s all down to the encouragement he received from his parents as a child.

David also suffers from astigmatism, nystagmus and strabismus. Combined this causes severely impaired sharpness of vision, and problems combining vision from both eyes to perceive depth.

Katz got his first camera when he was 7 years old. A gift from his parents. One with which he immediately fell in love. It allowed him to focus, both literally and figuratively. He pursued it relentlessly and started his career at the Daily Mail at the age of just 19. By 20 he was already considered one of the top photographers of the British Press.

In a career spanning 32 years (so far), he’s kept his blindness a secret yet still produced amazing work. Now, he’s opening up and talking about it.

Each time I tell my story, it’s becoming less difficult. Being visually impaired has never been anything I’m embarrassed about. I’m proud of it. It’s made me the photographer and person I am today.

David says he hid his blindness because he didn’t want it to define him. He didn’t want people to judge him and his work without ever having even seen it. He wanted his work to do the talking for him, which it very much did.