Remember those time lapse movies that show a harbor or a sea port via a tilt shift lens and they look like a set of Playmobil sets. 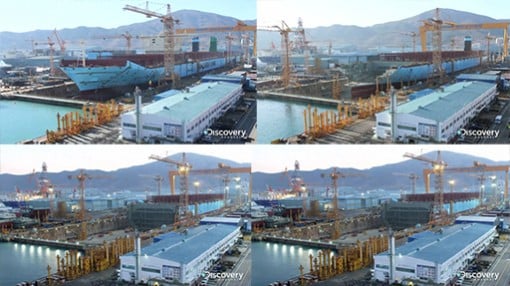 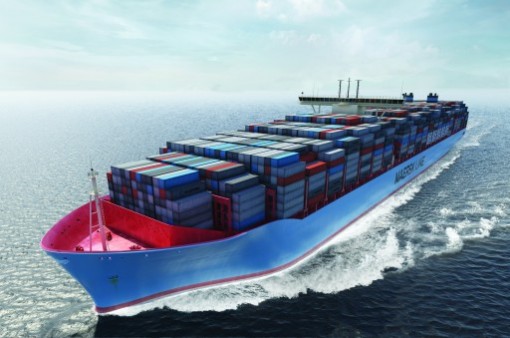 The triple E built in DSME shipyard in Korea is 400 meters long, 59 meters wide and 73 meters tall. and capable of carrying 18,000 containers in a single trip. Imagine 5 soccer courts stitched together as a size reference. I really have no idea how to give a sense of weight to the thing, it is a class of its own. The BBC has a nice way of putting it:

“Or, to put it another way, they would fill more than 30 trains, each a
mile long and stacked two containers high. Inside those containers, you
could fit 36,000 cars or 863 million tins of baked beans“# 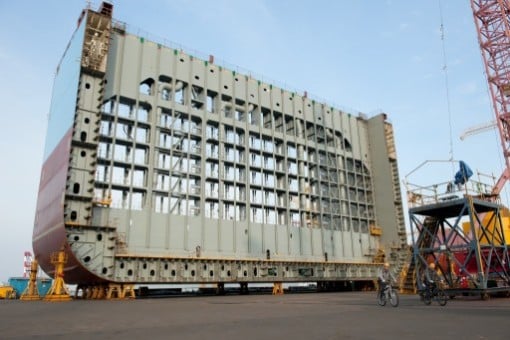 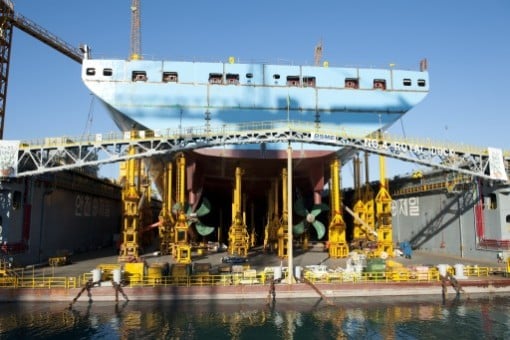 A show describing the build is scheduled to air with the Discovery Channel in November this year.