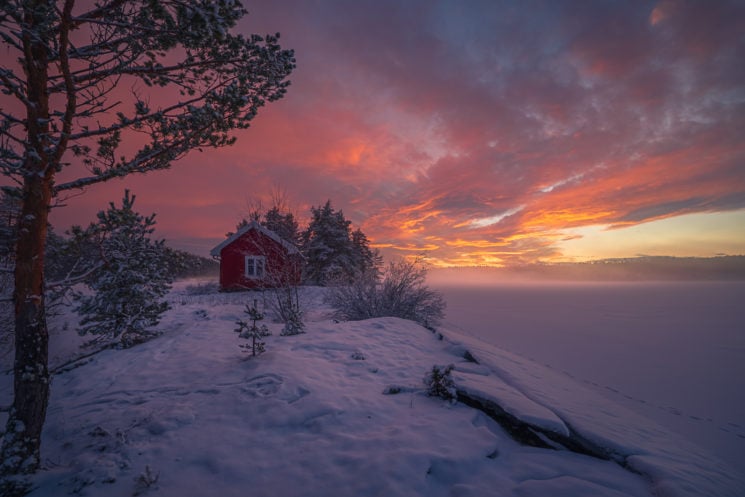 Pentax Pixel Shift is a fantastic feature when it comes to boosting the dynamic range, increase the level of detail and reduce the noise in an image. Many product photographers employ this feature for increased detail, but it can also yield great results for landscape photography. That said, the technology still faces some challenges when there is motion in a scene.

Now, Lightroom can handle Pixel Shift images, but it’s really lost even with the slightest blur. Think moving foliage for example. Pixel shift technology captures four images, so it takes the camera four times as much to take an image. This can add up to quite a bit of movement. Both Silkypix and RawTherapee have developed an algorithm to deal with movement. RawTherapee is even free. If you have the time, RawTherapee does a fabulous job with Pixel Shift and motion, but it has a steep learning curve.

The first question that we need to answer is this: is the image damaged by Lightroom’s poor algorithm dealing with pixel shift and movement? To find out we will compare two images shot only seconds apart with the exact same composition.

The next step would be to fix any issues that Lightroom introduced.

We had a very beautiful winter sunset on the first day of February. A few minutes before the colors began to fade, I captured this scene with a Pentax K-1 Mark II and a 15-30mm lens: 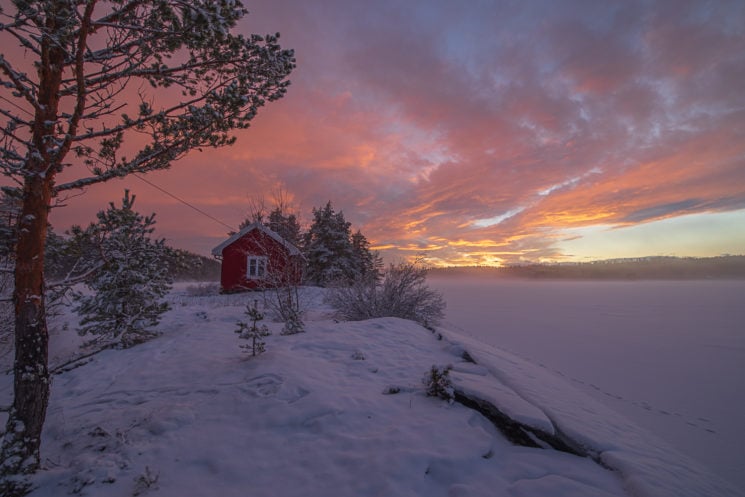 I first shot the Pixel Shift image. I underexposed it by about a stop compared to the regular, non-pixel-shifted image. Lightroom matched the exposures for me. Once the images matched, I used the same develope setting on both images, preparing them for the test below.

Let’s compare two sets of close-ups. The first set is for noise and the second is for detail. Pixel shift images are to the right. 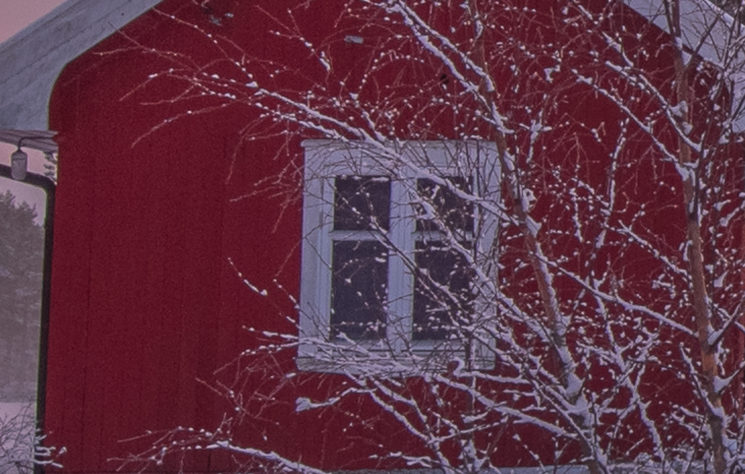 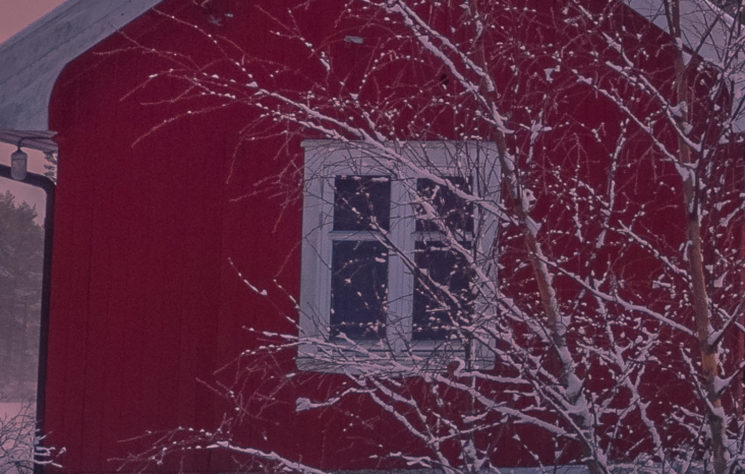 Even though the Pixel Shift image is underexposed at about a stop, it still produces less noise. 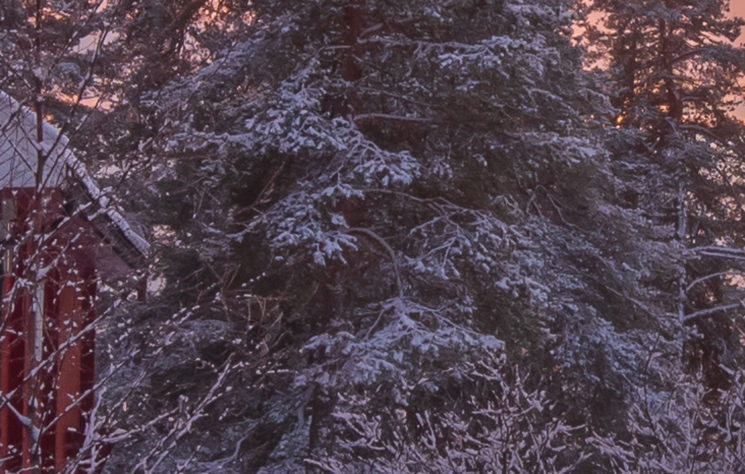 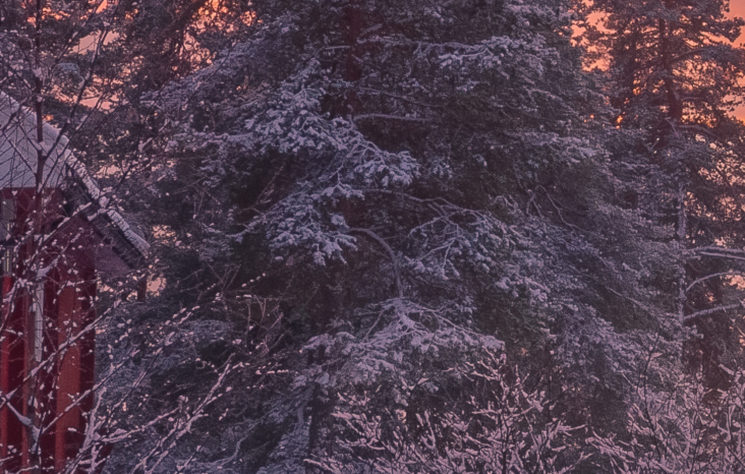 Both these aspects are significant for making large prints. On the other hand, Pixel Shift makes absolutely no sense if you are only shooting for Instagram. This is also because the resulting file is almost four times larger than the regular file.

I have found by trial and error that shooting two exposures of the same scene makes a nice and easy workflow, even if there is some movement in the scene. 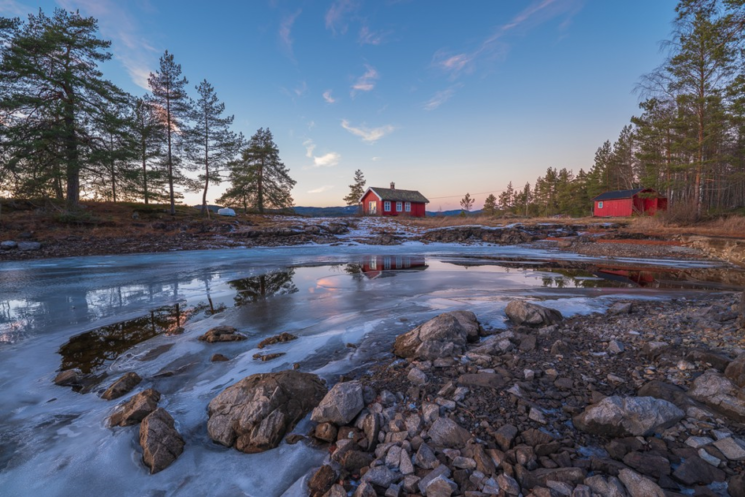 The branches moved a little between each of the four Pixel Shift exposures. This resulted in color fringing and a checkerboard pattern when the image was loaded into Lightroom. 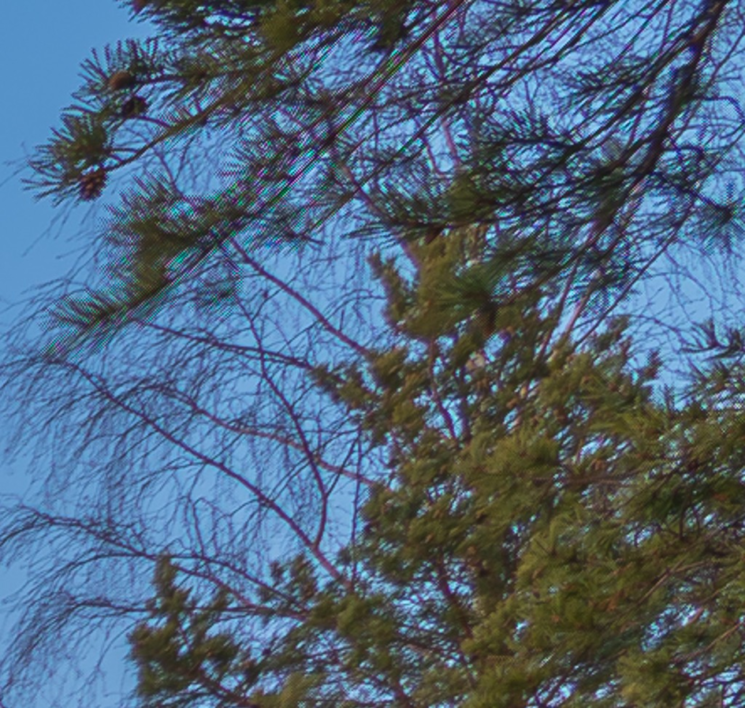 I will use the non Pixel Shift image to correct this. After I have both the shifted and the non-shifted images RAWs loaded into Lightroom, I load them into Photoshop: 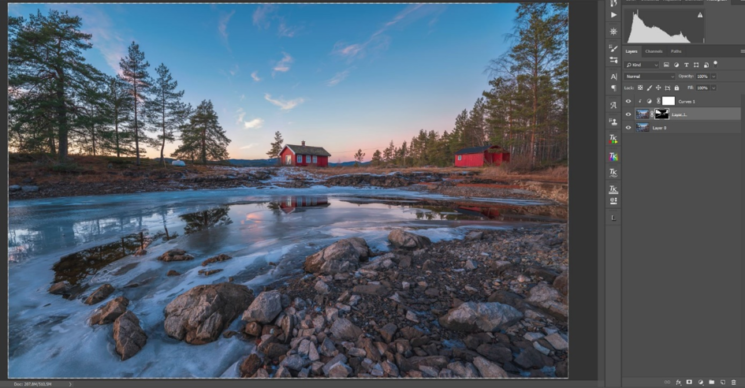 The Pixel shift exposure is the base exposure (bottom layer).

First I align the two images in Photoshop. The next thing I do is to add a black mask to the non-shifted exposure (top layer). The black mask will hide the image. From here is just a simple masking job of with the branches and any other blurred areas, like the water.

Lastly, I added a Curves layer which I clipped down to the regular image to match the exposures. In this instance, I pull the curves down a tad to avoid haloing.

This is how the branches look after masking them with the non-shifted image: 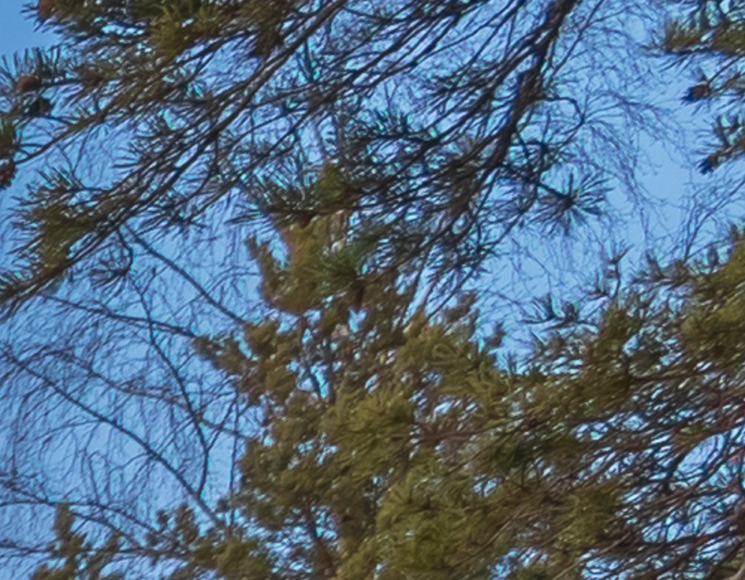 After masking – the chromatic aberration stems from the regular image

I chiefly use the Pixel Shift feature when I have a static scene with no motion. It is not an option I frequently use because of the huge files it produces. If I have a large print in mind I will turn on Pixel Shift due to the better image quality it yields. The sensor collects more light when we launch the Pixel Shift feature, so it will also benefit a very contrasty scene where the shadows are rather dark and the highlights very bright.