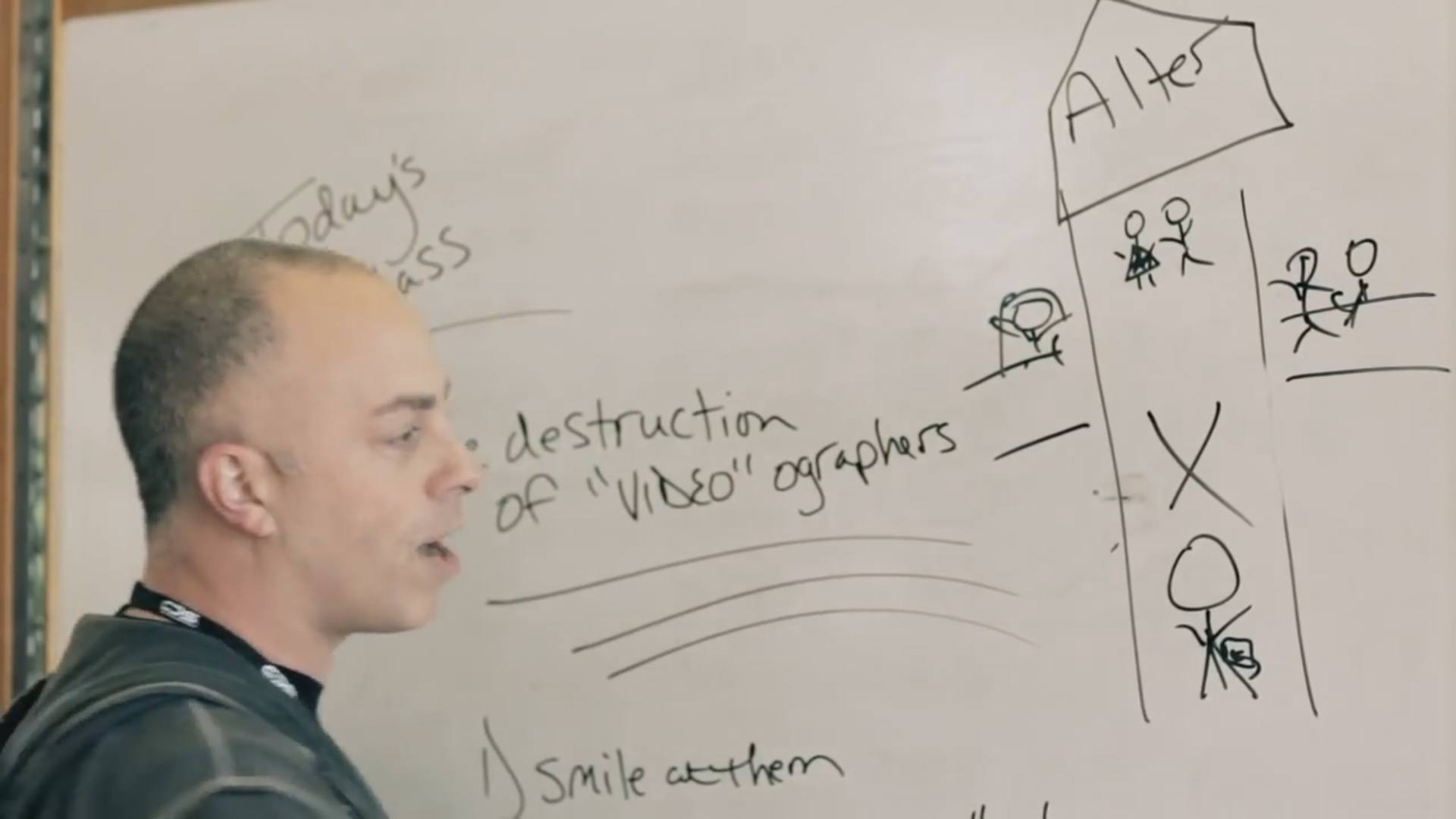 It is a battle as old as video itself, and without a doubt one of the most common friction points for wedding and event photographers – the battle between photographers and videographers.

When two people are out to get the same shot from the same spot, there can be only one loser – the client.

Here’s a humorous parody about this age-old conflict, with plenty of advice professionals share but aren’t likely to admit.

In a recent talk about covering the Pope’s visit to the U.S., USA Today’s Bob Deutsch shared how he ‘convinced’ a videographer from the Vatican that he doesn’t want to work on the same elevated platform by making it shake, and thereby keeping the prime spot all for himself.

This is just one example of what is almost a daily occurrence for many professional photographers and videographers.

Filmed at After Dark Education in Arizona, this next video offers additional examples, as well as behind-the-scenes access to made-up classes where videographers and photographers are taught how to defeat the other side and ruin their shots.

One of the best parts is where a photographer instructor draws an ESPN-style sketch of a church wedding while teaching his students how to handle a videographer:

Vogue magazine recently said couples shouldn’t hire professional wedding photographers, and while this video plays right into Vogue’s hands luckily it is just a parody and doesn’t happen often. Well, not that the clients know about anyway, and that’s what matters, right?

The Delicate And Beautiful World of Kirsty Mitchell’s Fantasy Wonderland