The sound was a combination of high-pitched whine and intermittent clicking, with just a hint of angels and puppies crying in the background. My external hard drive was singing its swan song. Still in what should have been the prime of its life, my trusted backup drive was being taken from me– a victim of an insidious digital disease that attacks without warning or reason.

A little over the top?

In any event, as I was backing everything up to the new replacement, I found myself going through and taking the time to look at photos I’d not seen in a long time. Before I knew it, I was going through virtually every image in almost every folder, realizing that I should have done this a long time ago. 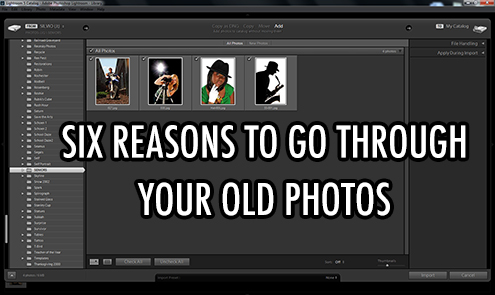 Looking at old images with fresh eyes, it was almost like I was seeing many of them for the first time. The truth is I’m my own worst critic, which means that a very small percentage of what I shoot ever gets labeled a “keeper.” I know that doesn’t make me unique, but those of us who feel this way about our work often have the most to gain from giving ourselves the occasional grand tour through what we thought of at the time as misses or failures. I give all sorts of things in my life a second chance, so why not photos every once in a while?

I was shooting ring-side for my friend Paul when I captured this image. It didn’t really do anything for me at the time, and I didn’t include it in the final edit. When he announced his retirement from boxing a year later, I went back and took another look at the everything I shot that night. A black & white conversion, along with a contrast bump, and some background cloning, really brought this image back to life for me– capturing the essence. 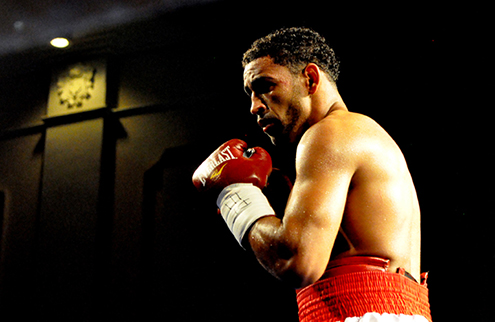 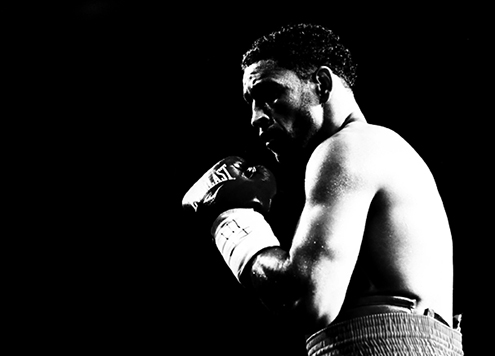 Obviously not every second chance breathes new life into a throw-away. Something that sucked five years ago most likely still sucks now. The bigger trap, though, works in the other direction. How many times have you looked at old work– something you absolutely loved at the time– and wondered how you ever let it see the light of day? This trip down memory lane can be a constructive experience, but be prepared for it to be a two-way street.

This can definitely be frustrating, but only if you let it.

It’s the very nature of it being a two-way street, though, that can make the exercise such a rewarding one. Is there a rule somewhere that says you can only be inspired by other photographers? Where is it written that you can’t be inspired by your own work? Maybe something didn’t work in color, but makes a kickass black & white. It’s also highly likely that you’re a better photographer now than you were then. Your knowledge of exposure or your ability to manipulate light has grown. What’s stopping you from taking a concept that didn’t work before and making magic with it now? You may even find yourself motivated into an entirely new direction.

The two photos below were taken a couple of years apart. The color image on the left came first. Obviously, I was going for dark and dramatic, but the shot never really worked for me. The split light wasn’t really working all that great– the reflector wasn’t putting quite enough light back into the dark side of the face. The position of the hand on the ball really bothered me. The client loved it, but I didn’t, so I just filed it away.

Fast-forward a couple of years. I have another football player in the studio, and I pull the old session to prepare. I’m better with lighting patterns now, so I decide to do a double-main split to create the butterfly pattern. The added light brings in just enough detail to even things out, resulting in a better expression and more background separation. Going back to review the older session showed me exactly what I needed to do to correct the lighting and hand position. The result is an image that both of us liked, not just the client. 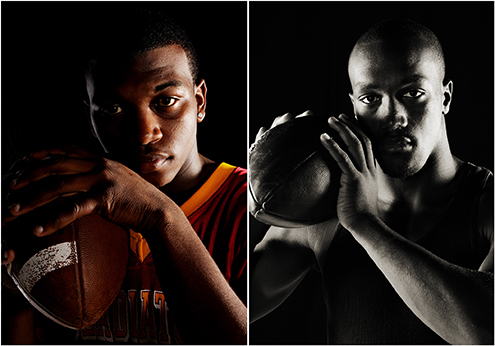 You Got Better at Photoshop

If you’ve become a better photographer, I’m betting that you’ve also become a better editor. Post-processing has become so deeply intertwined with what we do as photographers, that even if you are “getting it right” in the camera, you can’t help but tweak it here and there. This is the biggest reason that I never, ever edit the original image file. There have been plenty of times over the years that I’ve gone back and re-edited an image because I’ve added a thing or two to my editing bag of tricks, or edited an old image for the very first time because I am finally able to fully realize my vision for a photo that was never really complete. Always save your originals.

This is what Photoshop used to look like. Need I say more? 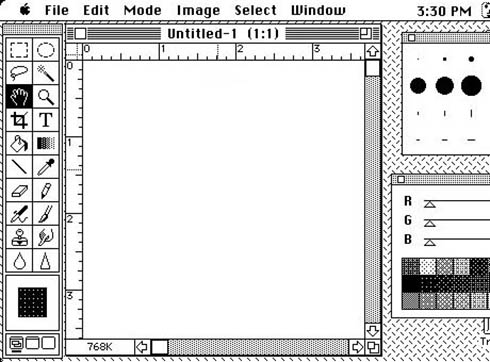 Start a New Project…Finish an Old One

If you read my recent article about 365 projects, you know that in the deep, dark recesses of my computer there lives the remnants of several unsuccessful 365 attempts. While I technically can’t go back and finish an old 365 project, I do have several projects-in-progress that have no time limits. Looking through my old images from time to time, gives me the chance to finish some of these projects, or find inspiration for new ones.

Sometimes, you may discover you’ve been working on something all along without even realizing it. It wasn’t until I was generating the new backup, for example, that I realized I’d been photographing locks for years. What this says about me or my photography is anyone’s guess, but there’s a body of work there that might be the foundation for something down the road. It doesn’t have to be something that’s going to change the world– just how you look at it.

It All Comes Down to This

You can divide it into as many different reasons as you want, but it all comes down to a couple of basic points. While there is a lot of overlap here, it is all ultimately about looking at old work with a new perspective. Our sensibilities as photographers change over time, hand-in-hand with our creativity and talent. Together, they share a sort of give-and-take relationship which can sometimes have a profound impact in how we approach new work and new challenges. Taking the time to revisit the photos that got us here is a great place to start.

These are eight big reasons why your photos suck

Three reasons to embrace hard light in your portraits