If you’ve been around the blog for a while you know that we are big advocates of the slider as a cinematic tool. We got out hands on one of the best sliders in the market and decided to demonstrate the versatility of this tool by filming a love story using only slider moves to do so. Of course, the moves had to be motivated so each of our five sliders moves had a good reason to be on the movie.

We asked videographer Adam Frimer from kaveret to help us make the movie, and boy we are happy that we did.

We wanted to pick a slider that can answer our needs:

We ended up using the 4 foot version of the Rhino Slider. It was extremely smooth and did not bend with our rig.  I will say, tough,  that I am happy we had full assistance during that day as that particular slider is anything but a “travel slider”. the stability and rigidity come with a sacrifice of extra weight. 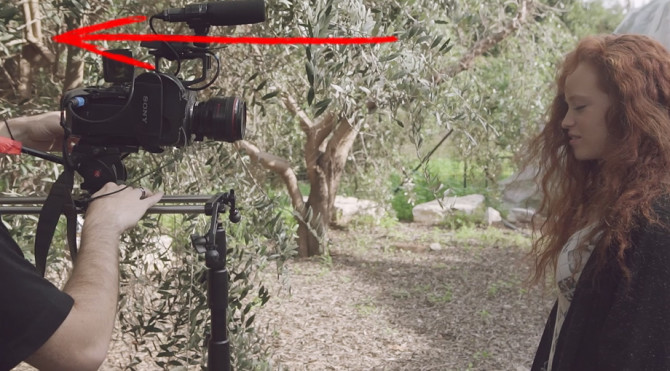 This is a move that starts with the subject out of focus and the slider moves until the subject is in focus, so instead of changing the focus to fit the distance between the camera and talent, we change the distance between the two.
Now, the trick that we used, which is not always possible, is to start the shot when we are focused and then slide back. In post, we reversed the shot. This method gives more control over the movement and it’s really easy to make sure that you “end up” in focus. It’s a great trick for product shots or for shots that you can reverse. Obviously, if other things are happening in the frame, it may not be that easy to reverse the shot in post. 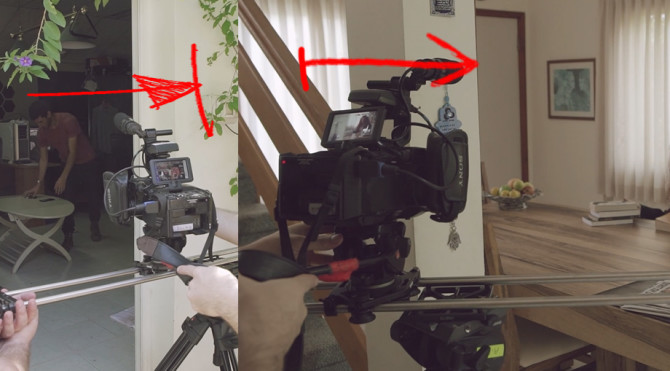 This trick is often used in films where the DP wants to create a sense of a single long shot. 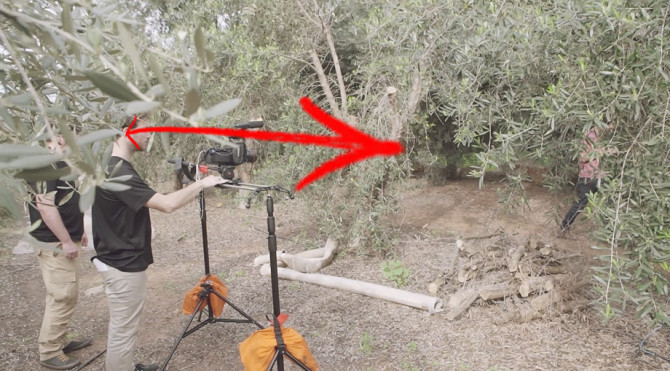 In this move, the camera tracks the movement of the actor, as Adam mentions in the film. You want to start the camera move before the talent gets in the frame, otherwise it just seems weird that the camera changes from being stationary to moving. There are exceptions, of course, but these are the “rules”. 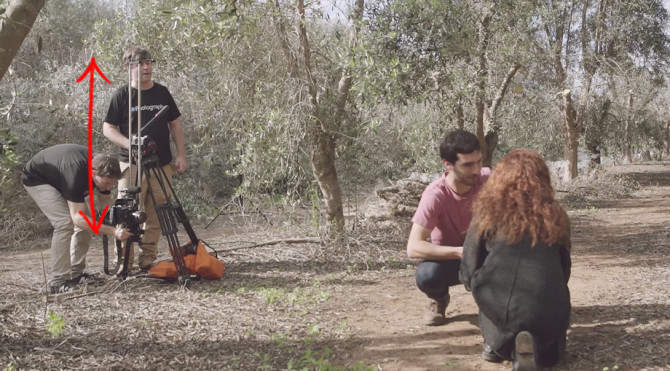 In this shot we tracked the motions of the talents as they picked up the books. We set up the slider on a tripod and tilted the tripod head 90 degrees sideways. Then we mounted the slider perpendicularly to the ground.

The benefit of this setup over tilting the head of a tripod is that the distance between camera to talent remains constant so you are always in focus even if shooting wide open. 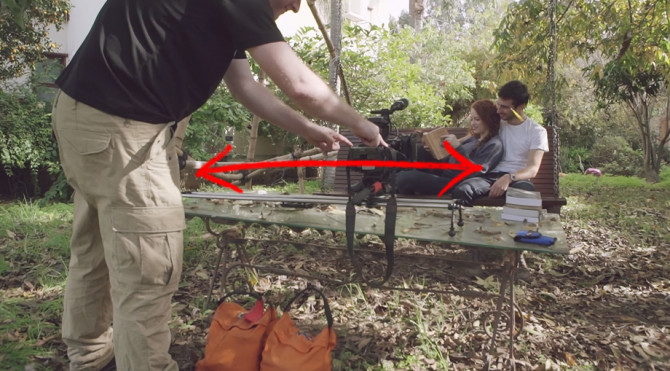 And, of course, we had to have at least one non-presumptuous sliding move, we did when we showed the couple in love. This move would be your regular slide from left to right while keeping the subject in the frame (or letting it slide out).

What are your best slider usage tips? Let us know.

« When Will Street Photography Finally Grow Up?
The Library of Congress Purchases 500 Rare Civil War Photos; Many Available Online »