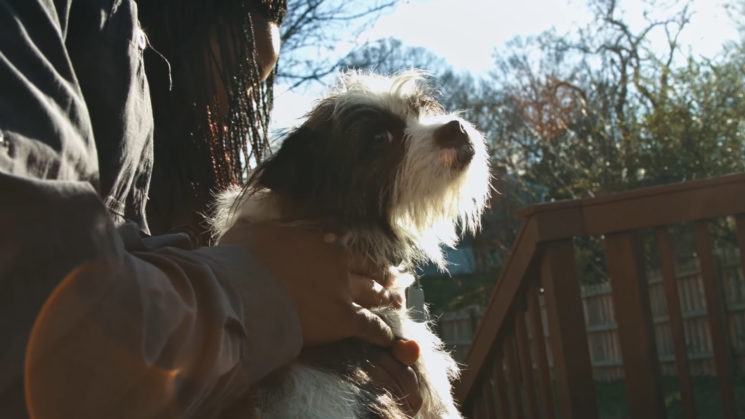 They say never work with children or animals. The children bit I completely agree with, but I find animals to be an absolute pleasure to work with. Not everybody’s used to working with animals (or kids), though, either on camera or off. Whether you’re shooting video or stills, they can be challenging.

To help overcome some of those challenges, Cooper Films have put this video together with four tips for working with kids and animals on set. The video does aim more toward video shooters. The reasons why, as a photographer, you might have a child or animal in front of your camera may be different. But, the potential issues are very much the same.

1. Mitigate risk and get to know your talent

For photographers, this one’s only really going to apply to commercial work. Most photographers I know who end up with animals and kids in front of their camera don’t get much choice in who those animals or kids are. They’re clients coming in for portraits. For commercial shooters and filmmakers, though, good casting is vital. Just as with any actor, model or other talent that goes in front of the camera, you want to know you’ve got the right personal (or animal) for the job.

Most children don’t have the energy or concentration levels of an adult actor or model. Many animals can have far too much energy (trust me, I’ve photographed Springer Spaniels in the studio). Some animals also tend not to take direction for long periods of time on set without breaks, either, no matter how well trained they may be. So, you’ll usually not get as many shots as you might hope for.

3. Have the right personnel on set

While I have a lot of experience working with many types of animals, and photographing them, I’m not an expert in many of them. I’m certainly not an expert when it comes to wrangling children. When I photograph animals, I have handlers on set that are used to working with them, that understand them. That can read their personalities and interact with them to bring out the best and keep them entertained.

Usually, it’s the person or people who brought the animals along. Having a dedicated handler for each uncaged animal may also be a requirement of your liability insurance policy (it used to be on mine). So, be sure to check on that, if you’re dealing with animals.

The same is true with children. You need people on-set that can interact with them, and keep them happy and interested. If you have somebody on your crew who’s great with kids, then have them help with keeping the kids happy and motivated about the day’s activities.

4. Pay attention to the legal aspects

Again, this applies more to commercial work, but you’ll want to check you’re in compliance with any labour laws. If you’re hiring child actors or models for a shoot, there’s different restrictions across the world on how long they can work. Provisions that have to be made, etc.

I’ve worked with animals in both commercial and private situations. Usually, though, it’s been them hiring me to photograph their animals. It’s not usually been me going out and looking for specific animals that a client needs in their imagery.

A lot of the time, when you’ve not really got much choice over the animals you’re photographing, you have to work with what you’re given. I approach animal photography the way I might approach a dancer. I want to see what they can do first, then figure out how I’m going to shoot it, then have them do it again.

Sometimes it’s as simple as just figuring out how to get them to look in a specific direction for a couple of seconds. It may be eliciting a particular response, or mood. I’ve worked with many animals that have definite “triggers” that invoke very specific responses. They may know tricks that they can repeat on command.

Communicate with their keeper, handler or owner and find out if there’s things you should avoid. I’ve met dogs that were afraid of or aggressive toward  people in hats and people with beards. I’ve seen birds that don’t like certain coloured shirts. Some animals don’t react well to fast movements. Others can take a little time to adjust to flash or other bright lights on set. Some need time to even get used to the set itself.

And don’t be afraid to get down on their level.

What other tips do you have for working with animals or children?

These tips will make photographing animals easier and more efficient

« Dronelapse: this breathtaking timelapse of Minsk was made using a drone
Crop vs. full frame sensor: how different cameras perform with the same lens »