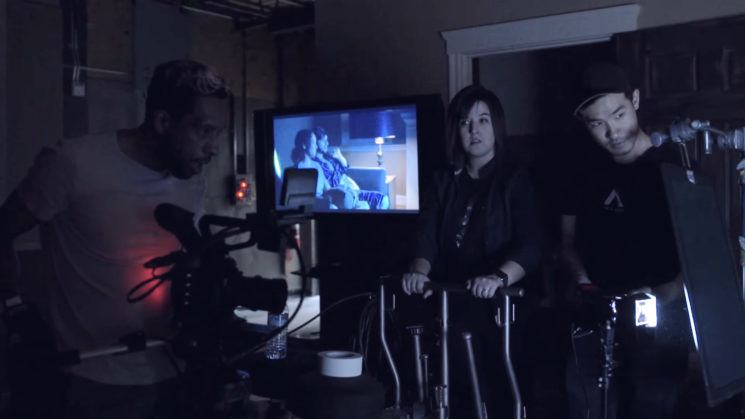 Effects lighting is an extremely fun area of lighting to explore. In this context, they’re about recreating the light that we see in our daily lives with studio lights. While aimed more at video, the techniques and setups can apply equally as well to stills photography, too.

In this 4 Minute Film School video from Aputure, Ted Sim talks to DP Julia Swain about recreating several practical lighting effects. A TV screen, a projector, city lights and police lights. And they’re all done very simply with the minimum of kit.

Although they use the upcoming Aputure Mini 20 in the video, the effects can be done with pretty much any light. You may find that you need to flag off some styles of light, yourself. But, making some DIY barn doors with foamcore and gaffer tape is easy enough.

Creating the glow from a TV screen is fairly straightforward. It’s an effect we see in a lot of movies whenever somebody is watching a TV in the dark. The light was next to the subjects, with the light flagged from hitting them directly. It was then bounced back towards the subjects off a 2ft “pizza box” reflector. Basically, a 2’x2′ silver reflective square. 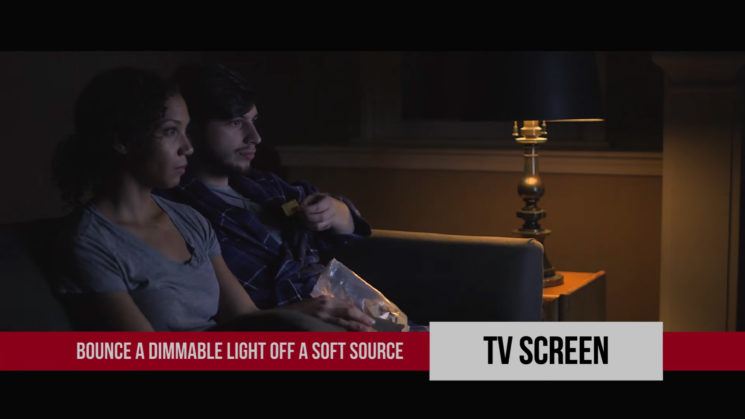 The secret to selling the effect, at least for video, is to adjust the power of the light while you’re filming. This simulates the changing shots & scenes that would appear on the screen they’re watching. For stills, you don’t really need the flicker. Just a level of light that looks pleasing to you.

The projector is really just an extension of the TV. Even though the main light source in the real world (the projector itself) would be behind them, there’s still light reflecting off the screen and coming back toward the subjects. 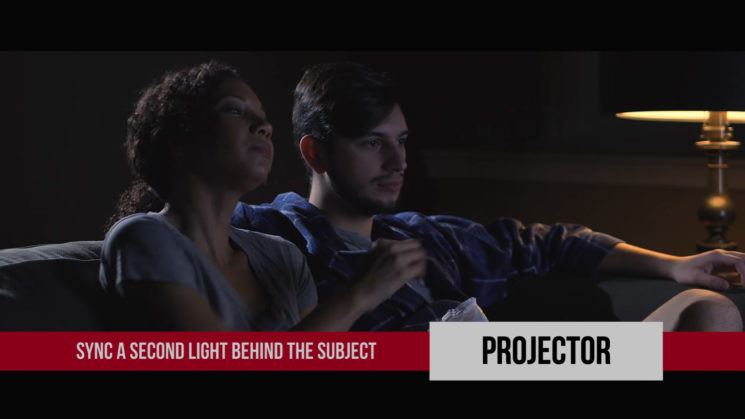 Here, all that’s been done is to add a second light behind the actors working as a backlight. Here, though, things get a little more tricky. The two lights are quite far from each other. So, you’ll need two operators working in sync with each other to ensure that the power goes up and down on each light together. If your projector light goes up while your screen’s glow goes down, it just doesn’t sell the effect. 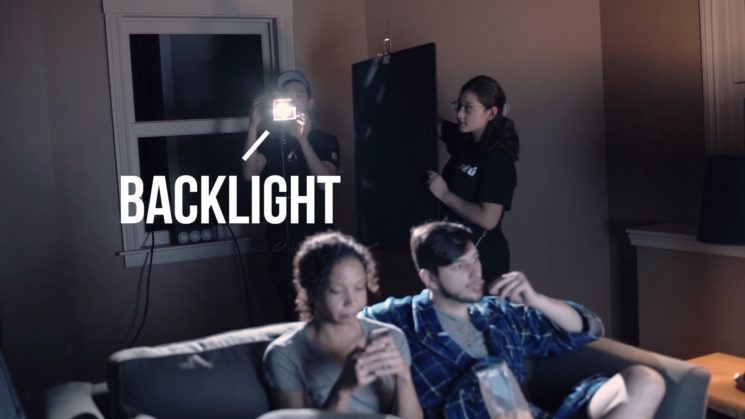 If you’re short on bodies to work the set, you could always go with remote control lights. The Aputure Mini 20, HR672s, and several others allow you to control multiple lights simultaneously at the single push of a button. So, you’ll always be sure that your “projector” and your “screen” are going up and down together.

Again, for stills, the ability to simulate flicker doesn’t matter. You just need to balance the lights in a way you like.

Simulating the outside world through a window is fairly simple during the day. But at night, it can be difficult to simulate, especially with a shallower depth of field. 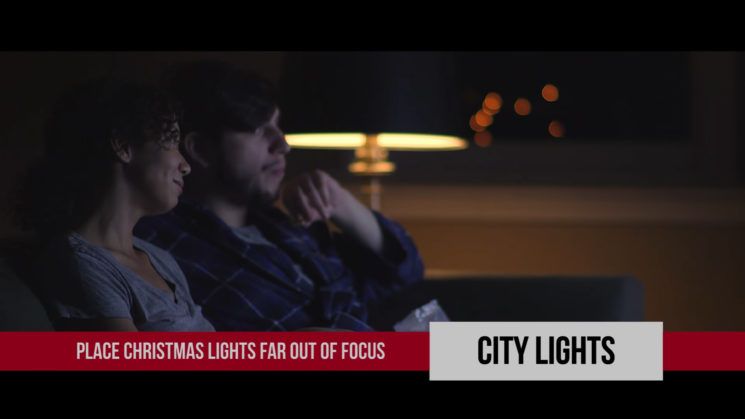 The trick here is to use Christmas lights. But, you want to buy ones with actual bulbs, not LED strips. With LED strips you’ll often find they flicker or produce weird colour. Although, there are some that can counter this effect. This is true even if you’re shooting stills, if you want consistency and reliability between shots. 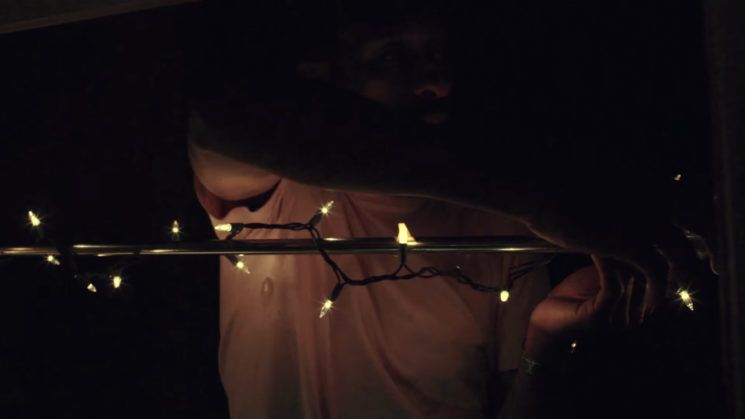 You’ll want to make sure to get the lights on the other side of the window, and back as far as possible. This helps to sell the effect of parallax as the camera moves in the scene. It also means the lights will become obscured or visible as they move past the window frame.

This one probably isn’t as common a scene for most of us. But it’s a relatively easy effect to achieve,

There’s a couple of different ways to achieve this effect, as mentioned in the video.

The first is to mount mirrors onto light stands. A pair of red & blue gelled lights bouncing into them as you spin the lights around will create this type of effect. That’s pretty much how police lights work in the real world, too.

But another way to do it, if your lights are small enough is to simply mount two lights together pointing in opposite directions. Then gel one red, and one blue and spin the whole thing.

So, four practical lighting effects that are very simple and straightforward to achieve. And while you don’t really get the full effect in a still that you do with video, they setup is very similar. You just don’t have to worry so much about flickering and movement of lights.