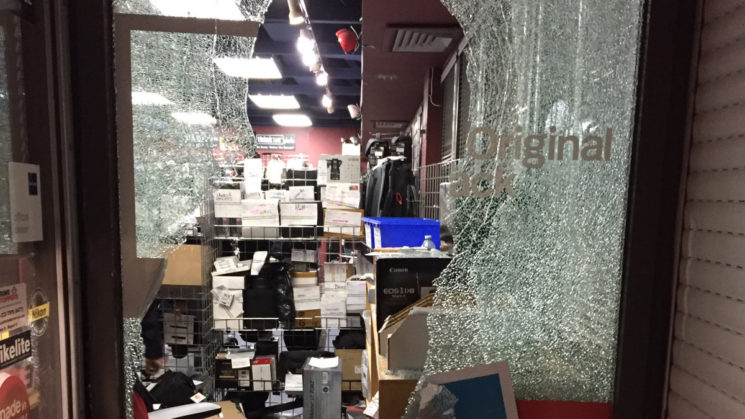 On December 16, 2017, Calgary-based business The Camera Store had $35,000 worth of gear stolen from their store. The thieves took high-end gear, including a Leica MP Safari kit, a Hasselblad X1D camera, and three lenses. They are offering a $5,000 reward for any information that leads to a conviction.

Please Share! The Camera Store had a break and enter early in the morning on December 16th, 2017. A selection of…

Posted by The Camera Store on Saturday, December 16, 2017

As CBC reports, this is the first burglary The Camera Store has experienced over 21 years of business. Store owner Julian Ferreira says he and the police arrived at the store when the alarm went off, but all they found were “steel shutters pried open, windows smashed, and two display cases broken open.”

The thieves stole a Leica MP Safari Edition camera and a silver Hasselblad X1D body with three lenses: 30mm F3.5, 45mm F3.5, and 90mm F3.5. All this together is estimated at around $35,000, but the thieves left $100,000 worth of other gear intact. This is why Ferreira believes they knew well what they were doing.

Police are investigating the case, and The Camera Store is offering $5,000 TCS shopping spree as a reward for any information. Here are the serial numbers of the stolen gear:

Chris Niccolls, host of The Camera Store’s YouTube channel says that people from all over the world have contacted them offering support.

If you have any information that could help to find the stolen gear, contact the police at 403-266-1234 or at 1-800-222-8477 if you wish to stay anonymous. And even if you don’t have any information, spread the word and let’s hope the thieves will be caught.