If you’re not sure whether you’ve achieved good exposure, using a histogram is the best way to check it. But there are some misconceptions about histogram you’ll hear from many photographers, even the most experienced ones. On the other hand, there are some facts few people knows or shares. In this video, Matt Granger refers to the three most common facts and misconceptions about histogram. Did you know them?

There’s no ideal type of histogram

The most common misconception about histogram is that there’s an ideal type (or ideal types) you should aim for. I even remember it when I first started learning photography, and I was sort of confused by it when the concept of histogram was still new to me.

Matt points out that this (mis)belief is still very common among photographers, and often seen in the magazines. There is a misconception that you should aim for this type of histogram:

However, the truth is different. Histogram simply tells you what’s in the shot. It’s not the same when you shoot a black cat on a dark background, or polar bears in the sun and snow. So, you should think about what’s in the scene, should there be midtones, highlights and shadows, and what should their distribution be regarding your shot.

The histogram your camera shows is based on JPEG

Most of us probably shoot RAW. However, even then, the histogram in every camera is based on JPEG. Only when you transfer the RAW file to the editing software, you’ll get histogram based on the RAW file, which will give you more information. And the JPEG-based histogram from your camera shows that you hit full black or full white earlier than you actually did. 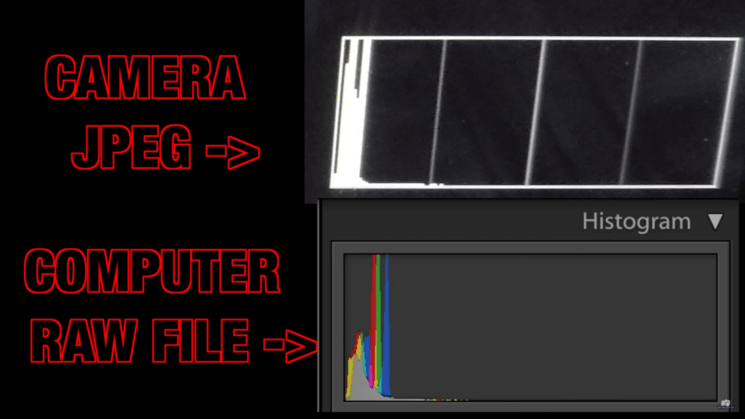 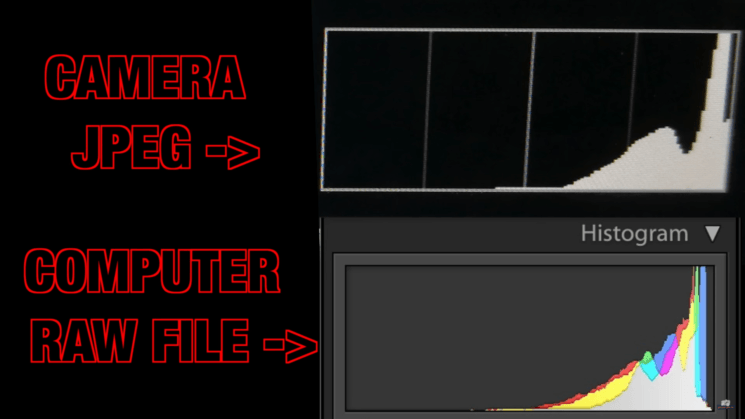 You can take a test and shoot something with correct exposure. Then increase exposure compensation until you hit maximum white, and drop until you hit maximum black. When you transfer the images to the editing software, you’ll see that the photos still aren’t exactly there. Although, if you really push it, they will be.  It’s good to know that you have that extra bit of latitude in RAW file, so you can plan the shot and its editing.

The change of lens changes histogram

Even if you leave all the settings the same, if you change the lens – it changes histogram. This is because different lenses transmit, steal and lose a different amount of light. Also, some lenses vignette more, some less. Some also flare badly, which creates more highlights in the histogram. All this affects your exposure and histogram values, and although it doesn’t have that much of an impact on the shot, it’s still good to know it.