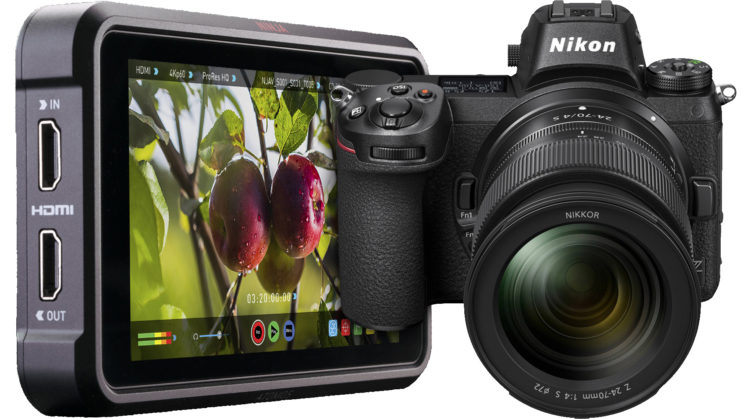 First teased last month at CES with the launch of the Nikon Z6 Filmmaker kit, Nikon has now officially announced that new firmware updates are coming for the Nikon Z6 and Nikon Z7 mirrorless cameras. One of the things this firmware update will introduce is RAW output via HDMI. Atomos has also now announced that the Atomos Ninja V will be able to record the 12-bit output to Apple ProRes Raw.

Another update mentioned before was that the Z6 and Z7 would also be getting CFexpress support. Well, Nikon has also now confirmed that their DSLRs containing XQD memory card slots (the Nikon D5, D850 and D500) will also receive CFexpress support in a new firmware update.

In a press release, Nikon confirmed the details they’d mentioned for the Z firmware update in January. But they also added a couple of new ones. These relate to autofocus performance as well as the new Eye-Detection Autofocus feature. These are scheduled to be introduced in May 2019.

2. Increased AF/AE performance (scheduled for release in May 2019)
AE (auto exposure) tracking will be newly possible in continuous high-speed (extended) mode, in addition to the AF tracking that existed previously. In addition, low-light AF performance will be improved, enabling faster autofocusing in dark or dimly lit surroundings with both still-image shooting and movie recording.

What still remains unclear, though, is exactly when the final two features will appear. That is 12-bit raw video output and CFexpress memory card support.

3. Support for RAW video output
Output of 4K UHD and Full HD RAW data stream from the camera will be supported. The output RAW data stream can then be recorded in the compatible RAW format using an external recorder. This will allow users to utilize rich 12-bit colors to achieve flexible color grading.

4. Support for CFexpress memory cards
The new firmware will provide support for CFexpress, a new standard for memory cards. Having passed durability tests in which they were inserted and removed from a camera 12,000 times, these memory cards offer users a greater sense of security. They also offer high-speed performance that will provide users with a more efficient workflow. After upgrading, users will be able to use both CFexpress as well as XQD cards in their camera interchangeably. In addition to the Z 7 and Z 6, in the future, CFexpress memory card support will be added to the Nikon D5 (XQD-Type), Nikon D850, and Nikon D500 digital SLR cameras as well.

The wording in the last one is a little ambiguous. It suggests that CFexpress support for the D5, D850 and D500 will not come until after the Z6 and Z7 have received it, which is also in the future. But they may all appear at around the same time. CFexpress is a drop-in replacement for XQD with the same physical form factor.

Notably absent from the list of DSLRs to receive CFexpress firmware updates are the Nikon D4 and D4s, both of which contain XQD card slots. Sure, the D4 and D4s aren’t current models, however, there are still plenty of them out there in regular daily use. But Nikon has released firmware updates for usurped models in the past. They were still releasing firmware updates for the D90 four years after its D7000 replacement model was launched. So, there still may be some hope for those D4 and D4s users in the future.

With regard to 12-bit ProRes raw recording to the Atomos Ninja V, this should see the Z6 getting a noticeable improvement over the current state of video recorded internally.